This past June, I lost possibly the most-influential person on my career as it stands today. My aunt and colleague, Sandra L. Baccinelli, former human resource manager at Worley Parsons, passed away on June 15th due to the effects of bone cancer. I cannot imagine how I would have become Chemical Engineering’s first female Editor in Chief without her impact. Meanwhile, there is also a very good chance that many of you would not be in your current positions either. Over her lengthy career, “Sandy” staffed multitudes of the world’s greenfield, brownfield and turnaround projects with project managers, engineers, crafts and tradespeople. 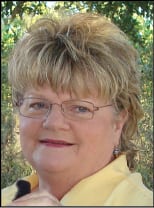 For me, the example of Sandy’s own, odds-defying career was always an inspiration. Working her way up in this industry was much more of a challenge when she entered the business than it is for young women today. I recall an era when she was actually required to wear a skirt and high-heeled shoes to work. On top of that, she was one of a relatively small number of people in the engineering, construction and procurement business who survived the process of three corporate buyouts. She started with a company called Erbauer Construction, which was bought by SIP, then absorbed by Parsons Corp. Ultimately that part of Parsons — the entire energy and chemicals group — was sold to the company that would be renamed WorleyParsons.

Surviving through so many ups and downs was quite an accomplishment, and yet Sandy did more than just inspire. She pointed to and opened many doors for me. The first one came in the form of a yellow ornamental hard hat that she gave to me when I was about eight years old. Sandy’s company had sponsored the thin-plastic give-away at an industry event. Old timers in the chemical process industries probably remember those hats that Chemical Engineering handed out at tradeshows in the 1970s and 1980s. In fact, it was one veteran’s nostalgic recollection that triggered my own memory of the hat that had decorated the top of my childhood closet for over 20 years. Although I had already worked for the magazine for awhile at that point, I had long ago forgotten that the words Chemical Engineering were on the front, and I had never before made the connection between the font and the magazine’s former logo.

Later on, near the end of my university years, Sandy opened the door for my first internship at Parsons in Houston. Once I was finished with my chemical engineering degree, she lined up interviews at the company’s corporate headquarters, in Pasadena, Calif., where my chemical engineering career really took root. During that time, her advice was definitely practical. Before my first plant visit, for instance, she made sure that I did not look like too much of a rookie by encouraging me to go out the night before and “rough up” my brand new hard hat and steel toed boots on the street. I am not sure how much effect that had on other peoples’ impressions of me, but at the very least it made me a little less nervous.

These days, when I talk with readers about what keeps them up at night, the challenge of finding and cultivating chemical-engineering talent almost always gets a mention. And, in that context, one of the biggest hurdles is attracting young people to the profession and keeping them there. Sandy served that mission for over three decades, and she blazed trails for many of us along the way.


Click here for full pdf version of this article – includes all graphs, charts, tables, and author information
Related Content
2019 Kirkpatrick Award Finalists
Every two years, Chemical Engineering honors an innovative technology that has been commercialized with the Kirkpatrick Chemical Engineering Achievement Award.…
The 2019 Kirkpatrick Award: Nominations are now open
As chemical engineers, many of us work on developing new processes or improving current ones, often with goals of better…
Preparing for unprecedented storms
This year, hurricane season in the U.S. has been active again, with Hurricane Florence battering North Carolina and its surroundings…
Starting strong
Last month, the American Chemistry Council (ACC; www.americanchemistry.com) issued its annual year-end report, which offers a positive outlook for the…
Getting ready
My local municipality recently mailed out a brochure titled “Are you ready?”. It is a guide booklet about what to…