A multidisciplinary project to scale up a system capable of simultaneously capturing carbon dioxide from fluegas and converting it to ethanol has received $1.9 million from the U.S. Department of Energy’s Advanced Research Projects Agency-Energy (ARPA-E; Washington, D.C.; arpa-e.energy.gov). The electrochemical capture-and-conversion process has been proven in a laboratory system (photo) designed by Mohammad Asadi, assistant professor at the Illinois Institute of Technology (IIT; Chicago; www.iit.edu) and has the potential to lower the cost of carbon capture to less than $40 per ton of CO2 (compared to the $60–100 per-ton cost observed today). 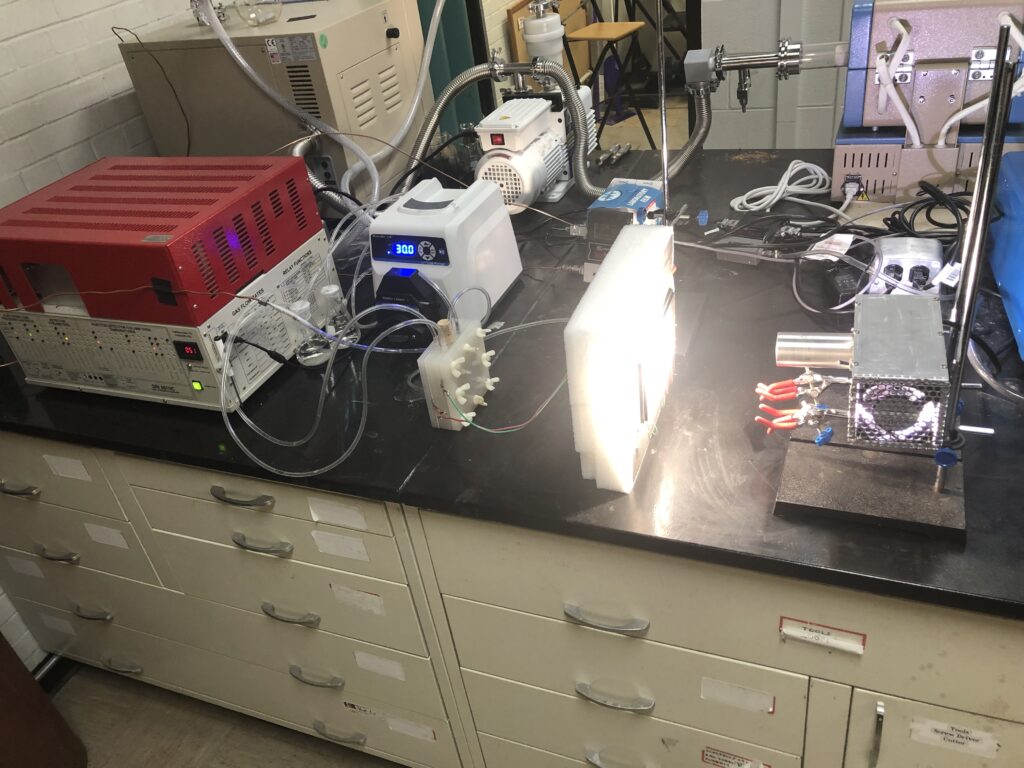 To accomplish the one-step capture and conversion, Asadi’s laboratory synthesized a catalyst consisting of transition-metals specially functionalized with organic ligands. “We are unifying two problems — capturing CO2 and converting it to useful chemicals — into one system,” Asadi says. The bifunctional material is able to address a number of recalcitrant scientific and engineering challenges, including the mass-transport challenge of bringing CO2 molecules to a surface, and the thermodynamic challenge of reducing CO2 while also forming a carbon-carbon bond.

To address the mass transport issue, the nanostructured surface sets up a CO2 gradient to hasten the diffusion of CO2 to the reaction surface, where the local environment makes an ethanol-forming electrochemical reaction favorable, Asadi explains.

A multidisciplinary team is now assembled to study the economic feasibility and lifecycle costs of a scaled-up version of the simultaneous capture-and-conversion system. Scaling up the prototype will involve assembling stacks of the electrochemical systems containing the catalyst material, Asadi notes.