The Connected Plant Game Changer Award recognizes those people who are leading the charge in implementing digital technologies in their field: either in the chemical process industries or in power generation.

Nominations are open to individuals who have used tools associated with digitalization to contribute to innovation, solve a problem or make improvements, as well as those who are fast risers or champions in this area. Out of the many nominations received this year, a total of 12 winners were chosen by a committee comprised of staff members from POWER and Chemical Engineering. The winners were honored with the award during a luncheon at this year’s Connected Plant Conference (February 27–28, Charlotte, N.C.; www.connectedplantconference.com)

Alexandra led a game-changing initiative for a first-of-it’s-kind behavioral training program using virtual reality (VR) in the oil, gas and chemical industries. The Operational Mastery initiative leverages digital-twin virtual reality environments embedded with scenario-based simulation learning to improve the way industrial personnel make decisions and collaborate. The work Alexandra has been doing creates a framework for digital enablement and connectivity across what are traditionally silos at industrial sites. 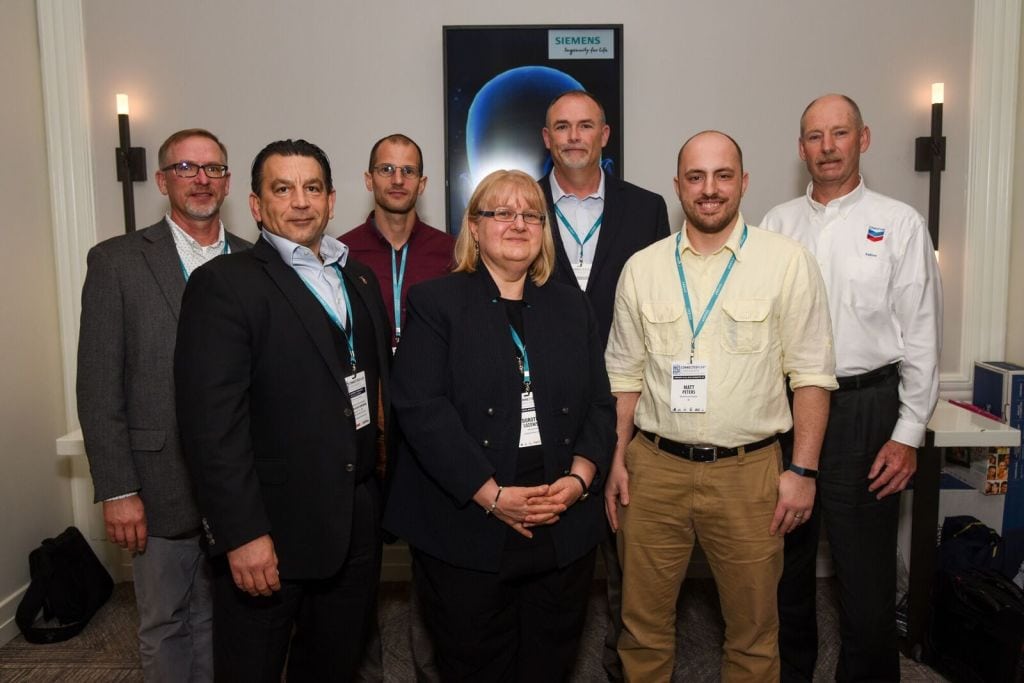 Michael was a key architect in Project Lighthouse, which looked at getting actionable data to the right people to improve reliability, efficiency and safety while reducing maintenance and operational costs. The core digitalization technologies involved were: 1)  WirelessHART communications; 2) non-invasive sensing; 3) asset health analytics; and 4) a mobile communication platform to send data to the subject matter experts.

Jay and Rob helped create the EDF Energy Services platform, which delivers a digital, integrated service that allows customers to contract with a single supplier to provide generation and demand response dispatch, optimization and hedging of commodity, and retail energy supply and support services.

Susan started her career in the power industry 20 years ago. She was an early leader in the industrial security controls space, leading a team to develop and launch an offering that not only minimized foundational cybersecurity risk to power-plant control networks, but also significantly reduced the labor burden on already strained plant personnel to maintain industrial control system security posture.  Now at ABB, Susan has championed the adoption of a digital customer-engagement model that supports customer led development of digital solutions and accelerates time to value for digital.

Sandeep is responsible for driving digital initiatives for Henkel Adhesives plants globally. He initiated a Smart Factory program with a vision to digitalize factories across Asia Pacific and completed a pilot project in China — at the world’s largest adhesives plant — in 2014. Since then, more than 10 plants across China, Korea, Japan, Thailand, Indonesia, Vietnam, Malaysia and Australia achieved positive results in terms of operational performance.

Eric and and his team took on the challenge of introducing industrial wireless to the process industries over 10 years ago, and he has been one of the technology and thought leaders in this market for over a decade. He spearheaded the entry of this (at the time) new and innovative technology into a conservative industry.

Deon brought key members from various disciplines together with Chevron’s subject matter experts to resolve technical challenges to enable the use of cloud environments to gather and analyze sensor data. He worked with equipment suppliers and solution providers to achieve seamless IIoT data connectivity and integration to solve real problems.

Bob Rice is widely recognized as a thought leader in the field of process diagnostic and optimization technologies. He has led the introduction of multiple product innovations that allow manufacturers within both the power generation and chemical process industries to enhance control of complex production processes. His innovations have resulted in both PID controller tuning and plant-wide control-loop performance monitoring solutions that have since been deployed globally and facilitated tangible performance improvements.

Ricardo worked around the clock, overseeing a technological revolution that is transforming the New York Power Authority (NYPA), the largest state-owned utility in the nation to become the first digital utility end-to-end

Thomas collaborated with organizations to help model their information for multivendor interoperability. This technology changes the game in secure and reliable information integration, moving data and information from the sensors in industrial automation to the cloud.

Related Content
Implementing digital transformation
The recently concluded 5th annual Connected Plant Conference (CPC; www.connectedplantconference.com), held in Austin, Tex., illustrated both the real promise of…
‘Green’ chemistry winners
This year marks the 25th anniversary of the Green Chemistry Challenge Awards — a program that is sponsored by the…
Eastman will be host CPI sponsor for 5th Connected Plant Conference
POWER magazine and Chemical Engineering magazine announce Eastman Chemical as the Host Chemical Process Industries (CPI) Sponsor for the…
Champions of transformation
While new and exciting technologies become available to us at a rapid pace, realizing their benefits takes people with the…
Game Changer Award winners for 2020
Each year, the Connected Plant Conference, presented by Chemical Engineering and POWER, recognizes people who are in the front…