The Danish partnership comprising, Topsoe A/S (Lyngby, Denmark), Skovgaard Energy, and Vestas officially started construction of a demonstration plant in Lemvig, Denmark, which will produce green ammonia based on renewable power and electrolysis of water. The project will demonstrate how renewable power can be coupled directly to the ammonia plant while taking the fluctuations in power production into account, and at the same time making it a cost-effective way of producing green ammonia.

More than 5,000 tons of green ammonia will be produced annually from renewable power. This production will prevent 8,200 tons of CO2 from being emitted into the atmosphere every year. Power will be supplied from the following renewable sources: 50 MW new solar panels and 12 MW existing V80-2.0 MW Vestas wind turbines. 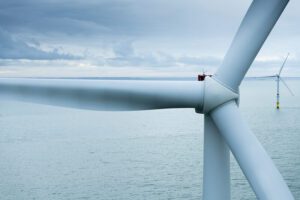 Vesta wind turbines will be used to generate renewable power for the production of emissions-free green ammonia (Source: Vesta)

The plant is expected to be operational by 2023, which will make it the world’s first green ammonia plant of its kind. The partnership has received 81 million. DKK (app. 11 million EUR) in funding from the Danish Energy Technology Development and Demonstration Program (EUDP).

Kim Grøn Knudsen, Chief Strategy and Innovation Officer at Topsoe: “We are very excited to begin this next chapter going from maturing the project to actually begin construction of this cutting-edge green ammonia plant. The plant will serve as a prime example of how we can replace fossil-based fuels and fertilizer by carbon-neutral alternatives via electrolysis.”

Pat A Han, Technical Director, Skovgaard Energy: “Today marks a great milestone for Skovgaard Energy on our Power-to-X journey. Northwest Jutland holds an immense potential for the technologies that we aspire to demonstrate in the REDDAP project, and today’s event is a big step towards unfolding that potential. We are happy to start construction of our first Power-to-X plant and to celebrate this event with our project partners. We believe there will be a lot for us to learn in operating this green ammonia plant, that will help us in the preparation of up-scaled Power-to-X projects.”

Ole Kiil Nielsen, Head of Power-to-X Solutions at Vestas: “As pioneers of renewable energy, Vestas is committed to expand its potential, also beyond the power sector. Vestas is uniquely positioned together with our partners to integrate and optimize renewable energy with other technologies to develop Power-to-X cost-effectively and at scale. This project displays how it can be done and builds critical experience for the partners.  Vestas is firmly committed to lead development of this fast-evolving industry.”

An important part of the climate action plan for Lemvig Municipality is to turn the areas’ many energy resources from wind and sun into new green fuels or other future potentials.:

“I am very happy to see a Power-to-X project important to the energy transition taking shape in our municipality. We have a very good working relationship with the partners – Topsoe, Skovgaard Energy, and Vestas – and I look forward to follow the progress of the construction of the plant and not least the realization of this exciting project.“

Green ammonia, produced from renewable energy, is an excellent fuel and fertilizer that can potentially replace significant volumes of fossil fuels and help accelerate the transition to a world powered by renewable energy. The plant will be state of the art and the world’s first so-called dynamic green ammonia plant. The dynamic approach entails that the clean power from wind turbines and solar panels will be connected directly to the ammonia plant to improve the cost-effectiveness.

The partners will collaborate closely to design the green ammonia plant’s dynamic technology to secure optimal production and adapt to the inherent fluctuations in power output from wind turbines and solar panels. This will be secured by integrating wind, solar, and electrolysis with an ammonia synthesis loop. In addition, the renewable energy generation will be connected directly to the national grid so surplus power can be sold to the grid.