As with many industries, turbomachinery is experiencing a shift toward all things digital. The two main results of the digitalization trend are that turbomachinery providers are now able to improve how their own factories operate, but also help their customers achieve big gains in productivity.

“Digital will transform the oil and gas industry,” said Marco Caccavale, vice president of Onshore & Offshore Production, Turbomachinery & Process Solutions at Baker Hughes, a GE company (BHGE), in an interview Wednesday at the Turbomachinery and Pump Symposia (TPS). “Combined with our proven technologies it enables us to offer a more holistic, “full-stream” approach to customers across the entire range of upstream, midstream and downstream.” 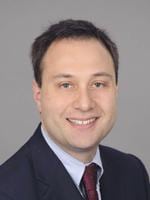 “We’ve been able to customize our technology into a more integrated offering for more industry segments,” he explained. For BHGE, this integrated approach is complemented by a renewed focus on petroleum refining and petrochemicals projects, including a recent award to provide three large steam-turbine-driven compressors for an ethane cracker in a state-of the art gas derivative ethylene production plant in North America and a project to supply eight high-efficiency compressor trains to a petroleum refinery in the Middle East.

According to Caccavale, these contracts represent not only BHGE’s re-entry into the ethylene and derivatives businesses, but also somewhat of a return to GE’s chemical-processing roots, as CO2 compression for urea production was among the first offerings of the compression business when it was launched in the 1960s. “On the chemicals side, the market is more buoyant in terms of demand, and the technology is evolving for places where the supply is advantageous, like the U.S. and Middle East,” he said.

The ability to offer integrated, yet customizable, technologies to such a wide range of customers would not be possible without digitalization. “Digitalization is changing everything about how we do business, and that includes turbomachinery,” said Caccavale. One major benefit of digitalization for BHGE is the ability to bring new technologies to the market faster than ever before. He cited a recent example where BHGE released a new 16.8-MW gas turbine (NovaLT16) in exactly half the time it took to launch the previous model.

“As a result, we are reaching our first year in operation a lot faster,” he continued. The faster time-to-market enabled by digital tools also allows for technology providers to push machinery to new operational limits and quickly test and refine operating ranges and expand efficiency. “We are now able to deliver a pressure ratio up to 30 in a single centrifugal compressor. The High-Pressure Ratio Compressor (HPRC) is also able to deliver up to 3-5 percentage points higher efficiency versus conventional units“

While digitalization is indeed transforming the marketplace, Caccavale emphasized that heritage knowledge is still crucial, especially for interpreting the data provided by digital tools. Data related to fouling and other performance-deterioration phenomena are of particular significance to turbomachinery customers, among other process-specific parameters. “These parameters are the common denominator with compression and turbine equipment,” he explained. “The analytics are geared toward to predictability for desired outcomes. We are going all-in on digital across the industry segments starting from pipeline [with TAG in Europe] through LNG [NLNG in Nigeria] and, most recently, in downstream, where we will apply our Asset Performance Management solution at our customers’ downstream sites in Asia Pacific.”

Although the upstream and downstream markets are both typically seen as hesitant to adopt new technologies, Caccavale remains optimistic about the acceptance of advanced digital tools, such as high-performance computational fluid dynamics (CFD) and predictive maintenance platforms, into the marketplace. He advised, “We have seen an attitude of change. Being more lenient about technology adoption is what the turbomachinery world needs. The new tools and data analytics far outpace legacy tools. The industry should be open to change, and that is crucial to its survival.”

The Ins and Outs of CFD 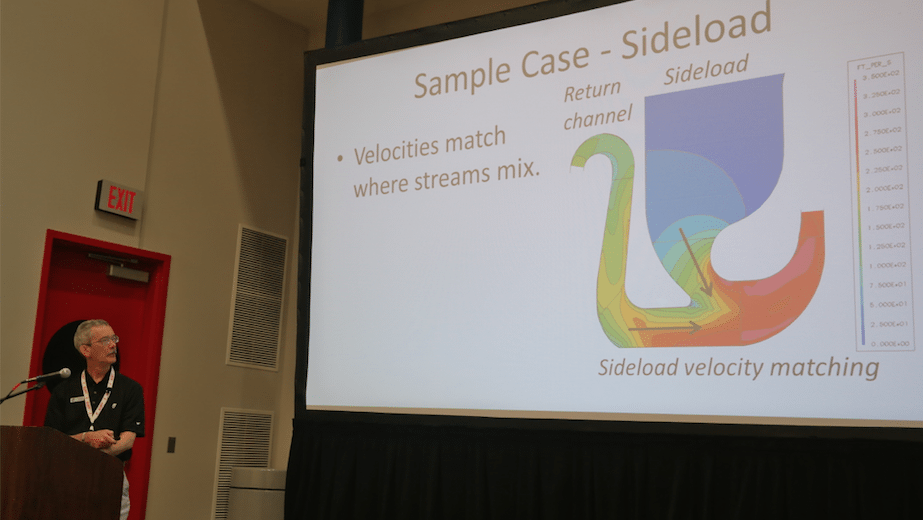 CFD is a perfect example of an analytical tool that requires “heritage knowledge” — it loses its value without input and interpretation from process experts. In a TPS tutorial session on Dec. 13, Jim Sorokes of Dresser Rand, James Hardin of Elliott Group and Bill Holmes of ANSYS presented a primer on CFD that outlined some best practices for preparing and interpreting CFD models to provide the most useful data for designers. “Fundamentally, CFD is another tool in a designer’s toolbox, albeit one of the most complex,” said Sorokes. CFD’s strength are in comparative mode — differences between two models can help to eliminate or identify improvements for proposed designs.

To fully understand CFD, an important facet is knowing its limitations, as well as its benefits. Hardin stressed that although CFD can often produce data that are representative of results from field tests, it should not be treated as a replacement for actual system tests. For instance, CFD models must approximate nominal geometry for internal parts, and also simplify parameters like surface roughness and weld characteristics.

In the past, CFD was limited by computational capacity. And while computers have indeed gotten increasingly faster in recent years, CFD models have also become more complex, as designers become more ambitious in their model building with regard to consideration of upstream and downstream conditions, mesh refinement and more. This added complexity adds to the time required to build models and for those models to converge. However, explained Hardin, enhanced computing capacity does enable CFD models to include advanced features, such as transient analysis, Fast Fourier Transform (FFT), fluid-structure interaction (FSI) and acoustics analysis.