Dr. Childs earned his bachelors and masters in civil engineering in 1961 and 1962 on a football scholarship from Oklahoma State University and his Ph.D. in engineering mechanics from the University of Texas at Austin in 1968. 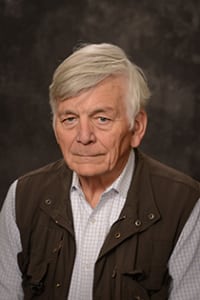 FIGURE 1. An industry giant. Dr. Dara Childs will retire from the Turbomachinery and Pump Symposia advisory committees on December 14, 2017, and from teaching at Texas A&M in January 2018. Courtesy: Texas A&M

During his long career, which has been dedicated to education and the advancement of his passion—turbomachinery engineering—Childs has won a number of awards, including two Best Paper Awards from ASME IGTI’s Structures and Dynamics Committee, the SAE Cliff Garrett Turbomachinery and Applications Engineering Award, and the Mechanical Engineering Outstanding Undergraduate Teaching Award from Texas A&M. Colleagues describe him as a driven, “technical wizard,” who tackles committee meetings with a “football attitude,” and harbors a profound “sense of purpose to teach the world.”

Childs’ illustrious research career got its start from a single, major opportunity offered by NASA’s American Society for Engineering Education (ASEE) program, a competitive program focused on the development of the space shuttle main engine. As he recalls, in 1975, he was awarded a contract with the NASA Marshall Space Flight Center to analyze the vibration characteristics of the high-pressure oxygen and fuel turbo pumps of the space shuttle engine.

“They hadn’t previously considered the impact of the fluid forces on these things,” Childs said. “I found some work by this really smart, nice guy in Scotland named Henry Black that gave an outline for analyzing the seals. So I put together a model that had all of the fluid forces that you could think of were important, and the study showed that the hydrogen pump’s vibrations would be unstable.”

But Childs’ finding wasn’t lauded—until several months later, when NASA’s space shuttle main engine ran into a worse problem than Childs had predicted, and he returned to help, cutting short a tenure as a visiting faculty member at the Technical University of Twente in Enchede, The Netherlands. “When they tried to run the space shuttle main engine, it was worse than I predicted. It was terribly unstable,” Childs said. “I said, ‘Look, do you want me to come back early?’ They said, ‘Yes, please,’” he recalled.

The instability problem was costly—up to a million dollars a day for six months. NASA offered Childs funding for a research program, and he began searching for a university at which to build it. In 1980, he ultimately settled at Texas A&M University, where Harry Whitmore, former associate director of The Texas A&M System’s Texas A&M Engineering Experiment Station (TEES), agreed to invest $35,000 in a data acquisition system.

Childs and his turbomachinery colleagues, including Gerald Morrison set up their research space in a World War II hangar, on what is now the RELLIS campus. Funding eventually helped erect the 37,000 square foot high-bay Turbomachinery Laboratory research facility (Figure 2), adjacent to Texas A&M’s main campus, in 1993. 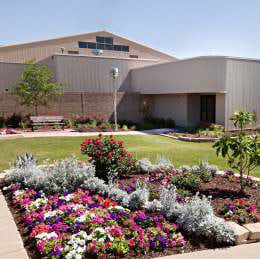 The Turbo Lab is today one of the nation’s only flourishing turbomachinery programs, owing to funds derived from the TPS. Childs has chaired the TPS turbo and pump advisory committees since 1984, when he was named director of the Turbo Lab. The advisory committees consist of industry leaders who invite and hand-select the technical programs for the annual TPS.

Colleagues laud Childs’ contribution to the TPS and turbomachinery education, noting that he has ensured that technical proceedings from each event are available online, for free, for the educational benefit of anyone who wishes to access them.

For Childs, “It’s been a really good run. I had a good time,” he said. “I have been in love with Texas A&M. I love the students. I love my colleagues. I am very grateful to Texas A&M for the opportunity to have a career here.”

Since the very first Turbomachinery Symposium was held in College Station, Texas, in October 1972, the event has flourished into an industrywide professional continuing education program and exhibition held annually—and attended by thousands—in Houston.

As Michael Drosjack, a member of the Turbomachinery Symposium Advisory Committee, noted in his unofficial history of the event, which was published earlier this year, the event was conceived around 1969, as a group of machinery engineering leaders contemplated the need for a conference or symposium on turbomachinery. The period was characterized by substantial advances in turbomachinery technology and computing, along with a dramatic expansion in the oil and gas industry, both upstream and downstream. “Economic demands were pushing for technical growth, and business demanded economies of scale,” Drosjack noted.

Founding members of the Turbomachinery Symposium were E.F. “Mutt” Barnes, a staff engineer with Union Carbide’s Chemical and Plastics Division; Meherwan P. Boyce, who founded the gas turbine laboratories at Texas A&M and served as the first chair of the Turbomachinery Symposium Advisory Committee in 1972; George Gabriles, a former engineer for Monsanto, an entrepreneur, and later, a Dale Carnegie instructor; Charlie Jackson, who also worked for Monsanto before retiring and becoming an active turbomachinery consultant; Ralph James Jr., who served as supervisor of mechanical technical services with Exxon Chemical Co.; Bob Miller, who worked for DuPont; W.E. “Ed” Nelson, who was manager of maintenance service for the Amoco Oil Refinery in Texas City; Ivan Rice, a private turbomachinery consultant; and J.E. “Bo” Ross, who was manager of OSHA Relations for the Texas Division of Dow Chemical Company.

All were active turbomachinery engineers with leading roles in companies operating along the Gulf Coast who wanted to develop a venue in which free and easy sharing of technical information on turbomachinery would be possible on a practical engineering level.

According to Drosjack, the first Turbomachinery Symposium (Figure 3) involved 16 technical papers, six discussion groups, and an accompanying exhibit with 21 exhibitors. While 50 attendees were expected, 200 showed up, forcing organizers to add a second banquet to accommodate all attendees, he noted. In 1977, tutorials—90 minute presentations on turbomachinery technology—were added to the program, and in 1985, one-day short courses were added to precede the symposium. In 1999, case studies were added, greatly increasing last-day attendance. 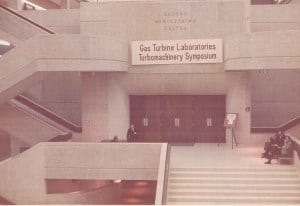 Related Content
Digital Tools To Move Turbomachinery Into the Future
As with many industries, turbomachinery is experiencing a shift toward all things digital. The two main results of the digitalization…
Compressor Controls: The Burden of Load Sharing
Managing load-sharing controls for compressors was one of several topics explored by a group during several group discussions that…
Game-Changing Supercritical CO2 Systems Are Closer To Commercialization
Supercritical carbon dioxide (sCO2) cycles—which are inching closer to commercial applications for waste heat recovery, concentrating solar power, nuclear, and…
A Focus on Maintenance and Analytics at TPS
Following an introduction from outgoing Turbomachinery Lab director Dara Childs, Jody Elliott, president of domestic oil and gas at Oxy…
This machinery-protection system provides early indication of fault development
The AMS 6500 ATG System is a standalone machinery protection solution that also allows users to cost-effectively introduce prediction monitoring…