Titanium dioxide is well known as a photocatalyst, and is especially promising for degrading organic-based contaminant molecules in wastewater. Researchers from China and Australia have reported, in a recent issue of the Journal of Colloid and Interface Science, that controlling the thickness of the walls of TiO2 nanotubes can greatly increase the photocatalytic efficiency of the material.

Light that is absorbed into the tubes is scattered along its internal surface (diagram), kicking electrons into high energy states, where they can then promote the chemical reactions being catalyzed. The research team has devised a method to control the thickness of the walls of the tubes, and has investigated the effect that varying thicknesses have on the efficiency of the light harvesting and catalytic behavior. 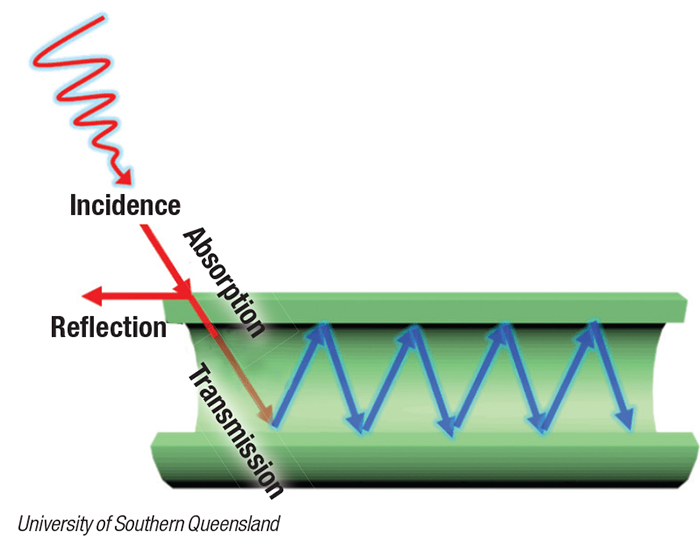 “Our strategy to adjust the wall thickness of TiO2 nanotubes and microtubes opens a new approach to enhance the photocatalytic performance of TiO2,” says corresponding author Zhi-Gang Chen at the University of Southern Queensland (Australia; www.usq.edu.au). Other members of the team are based at Shaanxi University of Science and Technology (China).

The nanotubes (photo) are prepared using a one-step electrospinning method linked with a calcination process. The wall thickness of TiO2 microtubes can be easily tuned by altering the dosage of liquid paraffin. The photocatalytic activity was compared for nanotubes with five different wall thicknesses. The most effective version of the tubes was able to catalyze the degradation of two sample wastewater contaminants — dinitrophenol and rhodamine — with 99.9% and 97.8% efficiency, respectively. 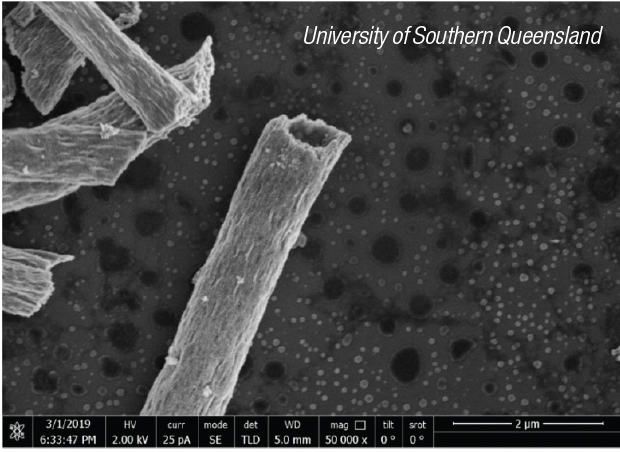 Chen points out that compared with other ways of making the catalytic tubes, their electrospinning method offers advantages of better control, lower costs and greater versatility in the materials to which it could be applied. Similar improvements in catalysts other than TiO2 can be expected in the future.

SunHydrogen and University of Iowa expand partnership to accelerate nanotechnology-based hydrogen production
SunHydrogen, Inc., the developer of a technology to produce renewable hydrogen using sunlight and water, announced that it has renewed…
Incorporating nanoparticles into polymer melts
Because of their large surface area per unit mass, nanoparticles of additives can have a big impact on the properties…
This multifunctional photocatalyst splits water with visible light
Oxysulfide semiconductors have narrow bandgaps — a property that makes them suitable photocatalysts for water splitting under irradiation with visible…
Disinfecting water with photocatalytic nanosheets
Scientists at the Chinese Academy of Sciences (Beijing; www.cas.cn) and Yangzhou University (Jiangsu, China; www.yzu.edu.cn) have developed a technique for…
A Bright Future for Quantum Dots
The novel performance characteristics and tunability of quantum dots make them a promising nanomaterial in numerous emerging applications Quantum dots…