Ethylene Production via Cracking of Ethane-Propane

Ethylene is a critical building block for the petrochemical industry, and is among the most produced organic compounds. It is usually produced in steam-cracking units from a range of petroleum-based feedstocks, such as naphtha, and is used in the manufacture of several major derivatives.

The process shown in Figure 1 is a steam-cracking process for ethylene production from an ethane-propane mixture. The process can be divided into three main parts: cracking and quenching; compression and drying; and separation.

Figure 1. This process diagram shows an ethylene-production process via the cracking of an ethane-propane mixture

Cracking and quenching. Initially, an ethane-propane mixture is fed to furnaces in which, under high-severity conditions, it is cracked, forming ethylene, propylene and other byproducts. The furnace outlet stream is subsequently fed to a water-based quench, to prevent further reactions and formation of undesirable byproducts.

From a decanter downstream from the quench tower, heavies, condensed dilution steam, tar and coke are removed. Cracked gas from the quench is then directed to compression and separation.

Separation. The dried cracked gas is fed to a cold box for the removal of hydrogen and light hydrocarbons, while minimizing ethylene losses.

At this point, condensates from the chilling train are fed to a series of separation columns. In the first column (demethanizer), methane is obtained from the top and further used in the cold box, while the bottom stream is fed to a second column (deethanizer).

The top of the deethanizer, composed primarily of ethylene and ethane, is fed to an acetylene converter and then fractionated in the C2-splitter. In this column, lights are removed from the overheads and recycled to the compression system, while polymer-grade (PG) ethylene is drawn from the column as a side stream. Ethane, from C2-splitter bottoms, is recycled to the cracking furnaces.

The deethanizer bottom stream is fed to a depropanizer, which distills C3 components in the overheads. This overhead stream is catalytically hydrotreated for methyl acetylene and propadiene removal, and then fed to the C3-splitter. In this column, lights are removed from the overheads and recycled to the compressors, while polymer-grade (PG) propylene is drawn from the column as a side stream. Propane from C3-splitter bottoms is recycled to the cracking furnaces. A C4+ stream is obtained from the depropanizer bottoms.

An economic evaluation of the process was conducted based on data from the first quarter of 2015, considering a facility with a nominal capacity of 1,700,000 ton/yr of ethylene constructed on the U.S. Gulf Coast.

Estimated capital expenses (total fixed investment, working capital and initial expenses) to construct the plant are about $2.37 billion, while the operating expenses are estimated at about $360 per ton of ethylene produced. 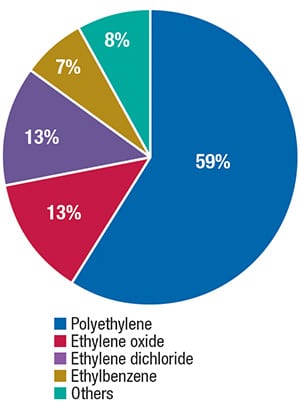 Figure 2. Ethylene is made into a host of products

Editor’s Note: The content for this column is supplied by Intratec Solutions LLC (Houston; www.intratec.us) and edited by Chemical Engineering. The analyses and models presented are prepared on the basis of publicly available and non-confidential information. The content represents the opinions of Intratec only. More information about the methodology for preparing analysis can be found, along with terms of use, at www.intratec.us/che.