Industrial gases are critical for a wide range of applications throughout the chemical process industries (CPI). Many of these gases must be separated from others, such as nitrogen from air, or hydrogen from natural gas using physical gas-separation techniques that include membrane separation, catalytic and adsorption processes, cryogenic distillation, and other technologies. A few common methods are discussed here.

Membrane separation uses hollow-fiber membranes to separate nitrogen from oxygen (Figure 1). Membrane technology is commonly used when purity requirements are not stringent. Within the membrane system, many thousands of hollow fibers are placed in a housing and compressed air is supplied to one end. The fiber wall is permeable to gases, but the diffusion rate across the fiber wall varies according to the type of gas. For air, oxygen, carbon dioxide, argon and other trace contaminants pass through the wall at a faster rate than nitrogen, and are vented. Nitrogen exits the membrane system at a typical purity of greater than 95%. Users can adjust the flow through the system to vary the purity achieved by a membrane-based system. The advantage of a membrane-based system is there are no moving parts, but outlet purity may vary with flowrate. 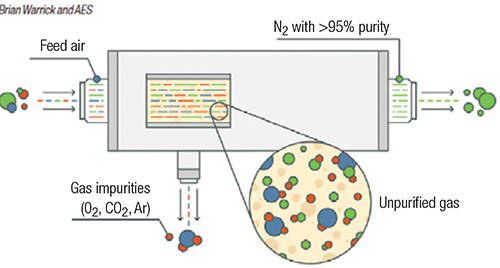 FIGURE 1. Membrane separation methods are used in applications where purity requirements are not especially stringent

Pressure-swing adsorption (PSA) and vacuum pressure-swing adsorption (VPSA) are used in situations requiring higher purity. When separation of impurities in the high parts-per-million (ppm) level is required, as opposed to separation of impurities at the percentage level, PSA is an option (Figure 2). PSA systems are typically used as pre-purification of gases entering a cryogenic process and for the purification of hydrogen. VPSA technology is used for on-site float-glass production and medical-grade oxygen. 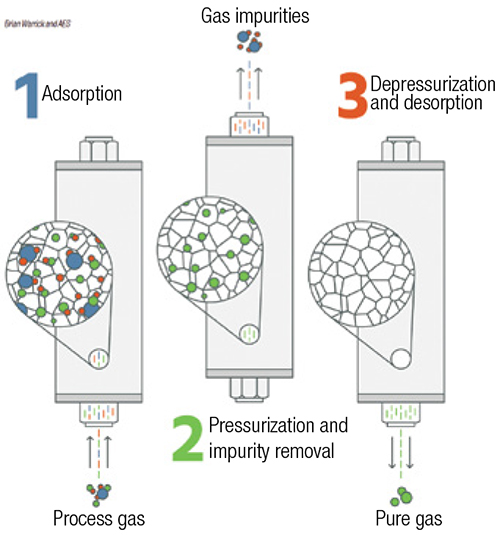 FIGURE 2. Pressure-swing adsorption is an option when the separation of impurities needs to reach the high parts-per-million level

PSA systems consist of pairs of vessels operating in parallel, or they can be designed in configurations with multiple vessels in series. Each vessel is packed with adsorption media, such as carbon molecular sieves, zeolites and charcoal. Feed gas to be purified passes through one or more vessels operating at pressures typically greater than 100 psig. Impurities within the feed-gas stream are physically adsorbed (physisorption) onto the surface of the media by Van der Waals forces (weak bonds created by short-range electrostatic interactions among molecular dipoles). PSA systems work by taking advantage of differing adsorption behavior at different pressures and temperatures. Adsorption sites are occupied by impurity molecules, while the desired gas passes through the media. Capacity for each impurity varies based on the media selection, often determined by the pore size. As impurity molecules break through the PSA vessels, the media requires regeneration to remove the adsorbed impurities. Within a PSA system, the vessel is isolated and the gas is rapidly vented to atmospheric pressure, which releases the trapped impurities. The vessel is then re-pressurized and is ready for more feed gas. This regeneration may be completed at a cycle time of minutes to hours. For the separation of nitrogen or oxygen from air, the cycle is typically short.

When low-PPM-level gas purity is required, cryogenic distillation is typically used. Cryogenic processes are based on the physical separation of gases relative to their boiling points. Many gases may be cryogenically separated, but air separation is described here. Compressed air is chilled and then passed through a molecular sieve bed to remove moisture, hydrocarbons and carbon dioxide before entering the distillation column. Gas entering the column is cooled to cryogenic temperatures against outflowing gases. To maintain the balance of refrigeration needed to sustain the process, an expansion turbine is often used. The air travels up the column through a series of trays against reflux liquid that is cascading down the column. Separation of the gases occurs because of different boiling temperatures. Nitrogen at 99.999% purity or greater may be supplied directly as vapor, or liquified for cryogenic delivery. Impurities within the nitrogen typically include carbon monoxide and hydrogen, which have a similar or lower boiling point.

New Membranes Support Sustainability Trends
Advances in membrane technologies allow processors to delve into gas- and water-separation applications more effectively and efficiently Conventional membranes have…
New midsize models and features added in this PSA range
The NGP+ series of pressure-swing-adsorption (PSA) nitrogen generators (photo) is expanding with the introduction of two new models — the…
Technology Profile: Production of Nitrogen from Air
Nitrogen (N2) makes up 78% of ambient air (20.95% of air is oxygen). N2 is an inert (non-flammable) gas used…
Facts At Your Fingertips: Adsorption bonding
Physical adsorption phenomena play a critical role in many separation and purification processes, including separations of industrial gases, purification of…
Considerations for Industrial Gas Purification
Purity requirements and gas properties require different methods for the purification of industrial gases. Provided here are key considerations for…