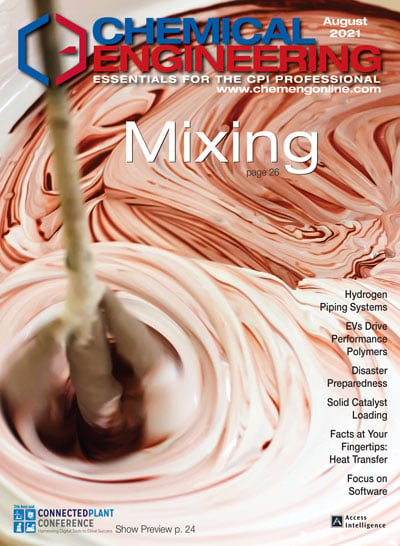 Chemists from the Swiss Federal Institute of Technology Lausanne (EPFL; Switzerland; www.epfl.ch) have developed “sponges” designed to capture various target substances, such as gold, mercury and lead, dissolved in solution. Now, they have developed one for capturing toxic hexavalent chromium from water. The material — a composite bead of a metal organic framework (MOF) on a polymer — not only has a high adsorption capacity for Cr(VI), but it also acts as a photocatalyst, whereby the Cr(VI) is converted to the less toxic Cr(III).

As described in an article published last month in the Journal of Materials Chemistry A, the adsorbent sponge is made by first functionalizing a known Zr-MOF, UiO-66, with double amino groups. This modification permits the new material, Zr-BDC-(NH2)2, to serve a dual-purpose as both adsorbent and photocatalyst, according to the chemists. Next, Zr-BDC-(NH2)2 was incorporated into MOF@polymer beads using polyethersulfone (PES) that was chemically modified with carboxylic acid groups to improve hydrophilicity.

The researchers have demonstrated that the MOFs can extract approximately 208 mg of Cr(VI) per gram of MOF [photo before (left) and after (right)]. Also, shining light on the loaded MOF then transforms the highly toxic Cr(VI) into a relatively nontoxic Cr(III). Further developments are required in order to implement the technology for decontaminating water outside of the laboratory.

Hexavalent chromium continues to contaminate water sources around the world, with one U.S. company fined just this past February for having put employees at risk. Cr(VI) is considered to be extremely toxic, especially when inhaled or ingested, and its use is regulated in Europe and in many countries around the world. It is thought to be genotoxic, leading to DNA damage and the formation of cancerous tumors. 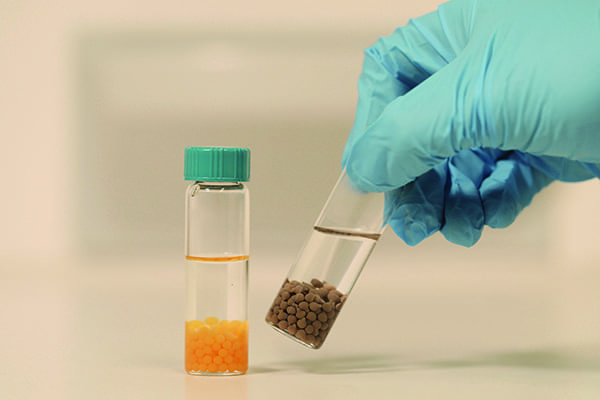 Related Content
Acetylene-selective MOFs for ethylene purification
Ethylene is an important petrochemical, but it may contain traces of acetylene that can destroy the catalysts used in downstream…
A steam-stable MOF for high-capacity carbon capture
A recently discovered family of highly porous metal-organic framework (MOF) materials is showing promise in carbon-capture applications. Researchers from University…
A new trace-moisture analyzer harnesses the power of MOFs
The presence of moisture — even in very small amounts — can be extremely detrimental the manufacture of many products,…
MOFs and nanochannels enable lithium extraction from brines
Lithium is a key raw material for batteries that power electric vehicles, portable electronics and more, but traditional methods for…
A powerful tool to analyze MOFs
An international team, including staff from the Korea Advanced Institute of Science and Technology (Kaist; Daejeon, South Korea; www.kaist.ac.kr), led…