To ensure product safety and quality, products containing lactose (at dairy plants, for example) are processed under hygienic conditions. These strict hygiene conditions require frequent cleaning of pneumatic transport systems — typically every eight weeks. This procedure is both labor-intensive and time-consuming, because various components of the conveyor system must be dismantled for cleaning with hot water, and then dried before reassembly to prevent bacterial growth. The entire cleaning process can take several days.

To reduce this effort, Dinnissen Process Technology BV (Sevenum, the Netherlands; www.dinnissen.nl) introduced its new, patented Aeolus pneumatic lactose transport system, which it developed in cooperation with FrieslandCampina (Amersfoort, the Netherlands; www.frieslandcampina.com) — one of the world’s largest dairy companies.

In this conveying system, no coatings are used. Instead, the design of the various components, such as curves and switches, has been optimized. Friction, turbulence and wear are minimized by the shape and construction of bends and corners. Because materials scour less around corners, fouling is prevented, says Dinnissen. As a result, production has to be stopped up to 12 times less often for cleaning, which can lead to 8–12% more production days per year, the company says. The savings on labor costs are said to be “enormous.” Product quality is also said to be improved, because there is no more accumulation of lactose, and the orifice diameter of the piping remains open during transport.

The Aeolus transport concept is also suitable for conveying other (lactose-free) substances that may be prone to fouling. 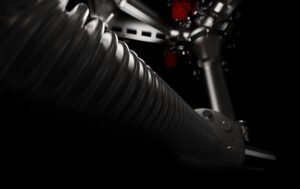