Manufacturing of centimeter-sized test specimens for material characterization according to ISO standards has now been achieved for the first time with a technology that allows 3D-printing a feature size of 200 nm. UpNano GmbH (Vienna, Austria; www.upnano.at) succeeded in printing test specimens from its specific photopolymer with its NanoOne-printer in sizes and shapes necessary for ISO tests. This achievement is the result of a productive collaboration with the Vienna University of Technology (www.tuwien.at). Previously, it was considered impossible to print specimens at the (large) size necessary for ISO tests with a photopolymer and a two-photon-polymerization (2PP) 3D-printer that at the same time is able to achieve a resolution in the sub-micrometer range, says the company.

The laser lithography system is capable of producing polymeric micro-scale parts and meso-scale components with micro-scale features and nanometer resolution. The system is based on 2PP, which is the key to the high resolution. Compared to laser systems that are based on one-photon absorption, two-photon absorption has a much higher spatial selectivity, because the probability of absorbing two photons is significantly reduced outside the focal point. This enables the system to print structures with dimensions from nano- to centimeter scale. Also, the company says it can print such structures 100 times faster than standard techniques.

The technology can be used for the production of micro-sized parts with a grid or other complex structures (photo); large porous structures; and even for printing living cells for in vitro cell testing, as well as scaffolds for living cells and sterile microfluidic elements. 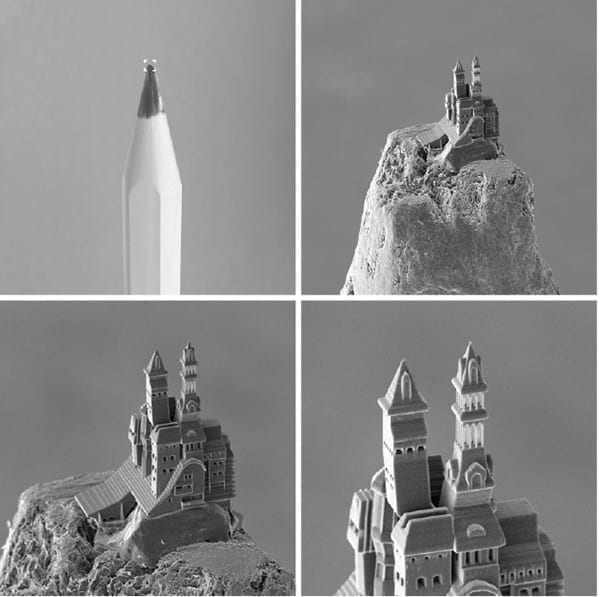