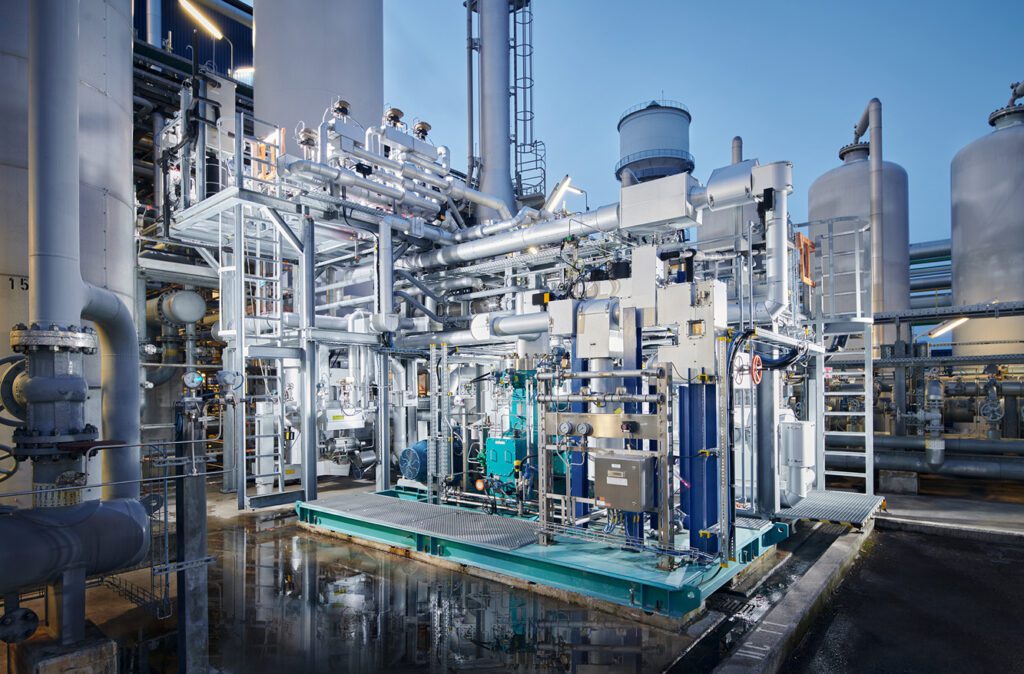 The process is a key enabler for scenarios in which H2 is blended with natural gas and transported via natural gas pipelines. The blended gas could consist of between 5 and 60% H2. Membranes are then used to extract H2 from these natural gas streams at the point of consumption. The resulting H2 has a concentration level of up to 90%. When further processed with Linde Engineering’s pressure swing adsorption (PSA) technology, a purity of up to 99.9999% can be achieved.

Membrane technologies are vital to efforts around the globe for establishing H2 infrastructure. In Europe, 11 transmission system operators are working on creating the European Hydrogen Backbone. Their aim is to build and expand a functional H2 network, based largely on repurposed existing natural gas infrastructure. Membrane technology like Hiselect could be integral for efficiently transporting H2 to end users for use as an industry feedstock, as a source of heat and power, or as a transportation fuel.

“The Hiselect demonstration in Dormagen allows us to display essential technology for transporting hydrogen via natural gas pipelines in a real-life setting. It shows a way to leverage existing infrastructure. In doing so we avoid the high costs and the long process that would be involved in building a dedicated hydrogen pipeline infrastructure,” says John van der Velden, senior vice president Global Sales & Technology, Linde Engineering.

Linde covers every part of the H2 value chain, from source to service. Regardless of whether customers want to use H2 as a zero-emissions source of fuel, a feedstock gas for industry or a source of heat and power for buildings – Linde has the technologies and expertise to support every project.

The high-performance membrane package unit is based on a robust polymer developed by Evonik Industries AG (Essen, Germany). It consists of highly selective hollow fibers that efficiently separate the H2 in the blended natural gas stream from the main components of methane and higher hydrocarbons. The membrane material is particularly robust, as natural gas contains a host of other substances that can influence the separation performance of membranes.