Testing steam-trap stations can be very easy if the plant provides the correct equipment, training and commitment to the steam-system management program

When it comes to testing steam traps, a frequently asked question is, “what is the best method?” The true answer is to use all of the technologies available today. No single test method provides the best results all of the time for the variety of applications, installations and steam-trap types in industrial plant operations. Therefore, all tools available in the marketplace should be implemented and used where appropriate. So, what are these tools? They can be segmented into three categories:

Becoming proficient with these tools is like riding a bicycle — the more you ride the bicycle, the better you become. Practice and gaining the knowledge of the methods is the key to successfully using the different devices.

The use of a testing-tee valve arrangement, testing-valve combination, or an inline sight glass for reviewing the steam trap discharging to the atmosphere is a very effective way of testing steam traps (Figures 1 and 2). This visual method can accurately determine the following conditions:

There are some negatives to any testing method and the visual method is no exception. The inspector must understand the concept of flash steam and become aware of the difference between flash steam and blow-through steam. There are safety concerns due to the release of hot steam to atmosphere during the testing phase. Finally, there is a small additional cost associated with installing the components that permit online testing.

The relationship between steam pressure and temperature makes temperature measurement extremely helpful in understanding many different operating conditions of steam components that are found in the steam and condensate system.

Temperature measurement devices must be an integral part of a steam-trap station testing program. These devices are by no means the only piece of diagnostic equipment that should be used, but they can help provide valuable information that would otherwise not be available.

Plant engineers can estimate steam and condensate pressures by using temperature-testing devices to detect the temperature of the steam line inlet to the steam-trap station and on the discharge line (Figure 3). 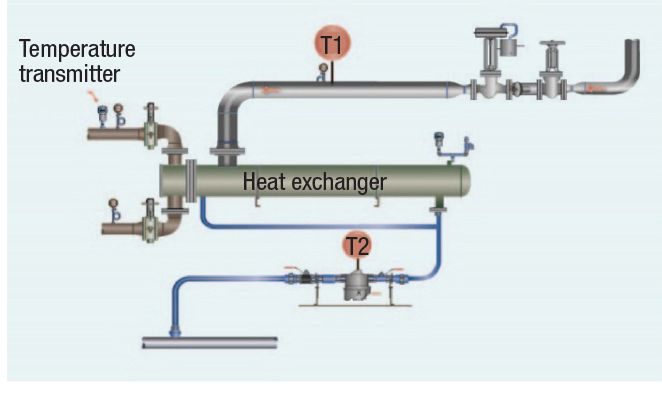 Figure 3. Measuring the inlet and discharge temperatures can provide an estimated steam pressure

Is the steam trap operational?

For example, in Figure 4, the temperature on the steam line entering the process is 299°F; therefore, the steam-trap body temperature should be at or close to the inlet temperature. 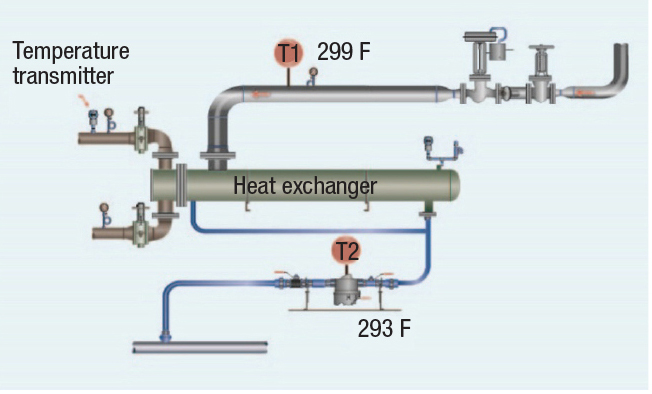 Figure 4. In this setup, the steam inlet and steam-trap temperatures are equal or nearly equal

This is a true statement for 96% of the steam process applications. However, there are a few exceptions when the heat-transfer units have an extremely high condensing rate or when there is a pressure drop in the process. The following three examples make this more clear.

Example 1: Equal temperatures. The inlet and outlet temperatures (process and steam trap) are measured to be the same or nearly equal (Figure 4). This means the steam trap is operational, and further testing can be accomplished. 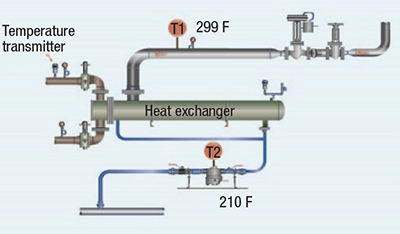 Figure 5. In this example, the steam trap has a low body temperature 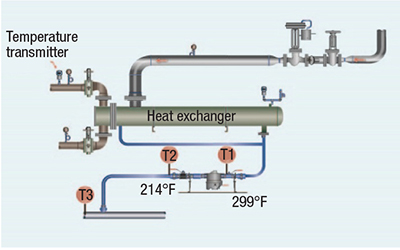 Figure 6. There is a high temperature differential across the steam trap shown here 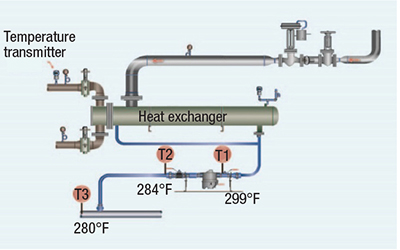 Figure 7. This example shows a low temperature differential across the steam trap

Example 5: Low-pressure systems. There will be a low temperature differential across the steam trap station based solely on the low steam pressures in the steam system and condensate line, as shown in Figure 8. The steam trap could be failed or working properly; the condition of the steam trap is unknown because both conditions will have similar steam temperatures. 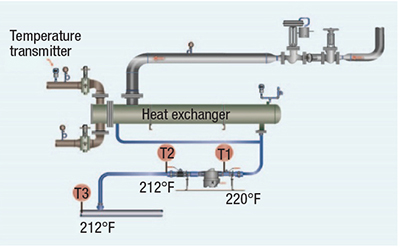 Figure 8. There is a low temperature differential across this steam trap station at low pressure 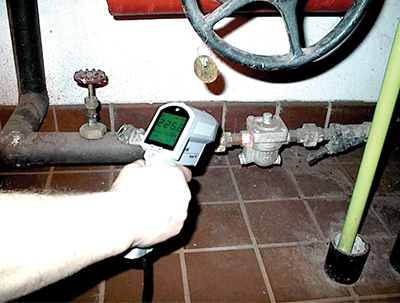 Figure 9. A temperature measurement is being performed in this picture

To achieve a representative temperature, scan the exposed metal surfaces of the upstream and downstream piping/tubing around the steam trap station. Some installations may have several inches exposed, while other installations may only have pipeline components, such as unions, valves or fittings, exposed. The steam-trap station examiner must consider what is available for temperature scanning when incorporating the temperature reading in evaluating the steam trap station operation. The following are suggested:

In concluding this section, we can say that temperature measurement is an important part of steam-trap station evaluation, but it is only one of the methods. Others are important, too.

When using high-frequency ultrasound, the main question is where the sensitivity should be set to conduct the test. If the testing instrument is set with a sensitivity that is too high, all of the steam traps will test as failed; using too low a sensitivity will indicate that all steam traps are operating properly.

Most digital ultrasound devices have a stethoscope module. With the stethoscope module, contact each point on the steam trap station, as shown in Figure 10. The steam and condensate line should have baseline test points that are between 6 and 10 in. upstream or downstream of the steam trap that is being tested. More test points can be taken to establish a baseline, but at least two need to be done for each steam trap location (these estimated values will vary depending on the piping). 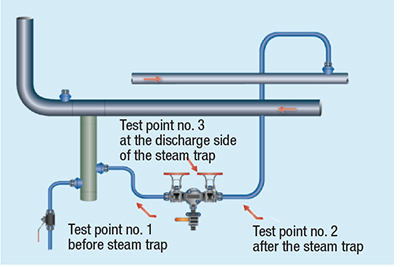 Figure 10. The three test points shown here are used to establish a baseline for ultrasound testing

The ultrasound unit needs to be set at 25 kHz to provide the highest clarity for high-frequency ultrasound generated by steam or condensate passing through an orifice in a steam trap. The following steps outline a typical operation procedure: 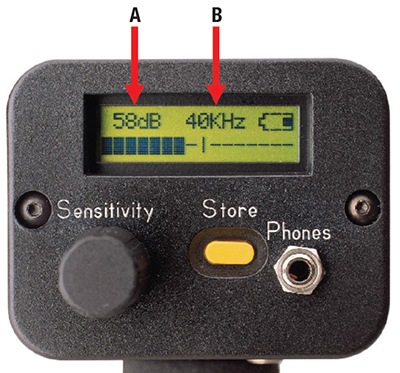 Figure 11. Shown here is a dial reading of a typical ultrasound unit

What follows are a few examples of some tests for comparison. 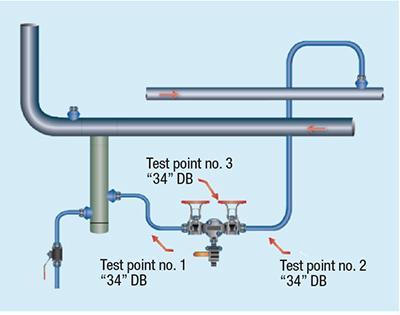 Figure 12. In this example, the ultrasound levels at Test point 3 are equal or less than Test points 1 or 2

If a steam trap is operating properly, the ultrasound level at Test point 3 will not be higher than at Test points 1 or 2.

NOTE: The reading at Test point 3 will be equal or less than the readings at Test points 1 or 2. The high-frequency ultrasound readings, in addition to a temperature measurement that is appropriate for the system pressure, will indicate a properly operating steam trap. 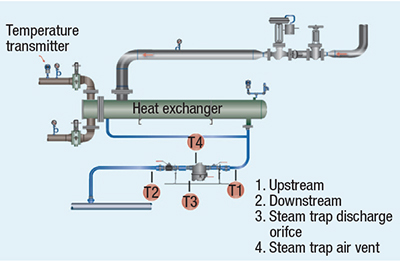 The four test points, shown in Figure 13, are as follows:

T3 — at the discharge side of the steam trap condensate orifice, and

T4 — at the discharge side of the steam trap air vent.

NOTE: If the air vent is operating properly, the ultrasonic level at Test point 4 (T4) should be equal to or less than Test point 3 (T3). If T4 is higher than T3, then the air vent mechanism has failed. 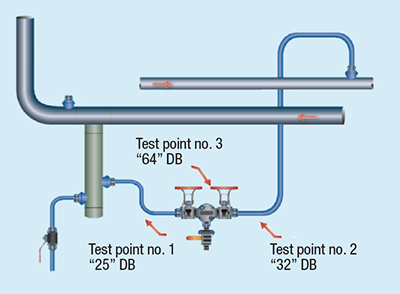 Blowing or completely failed steam trap (BLW). For this example, the three test points indicated on Figure 14, are as follows:

Steam leakage.When a steam trap system is leaking steam, the following test points, shown in Figure 15, should be considered: 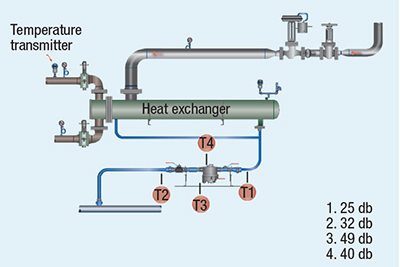 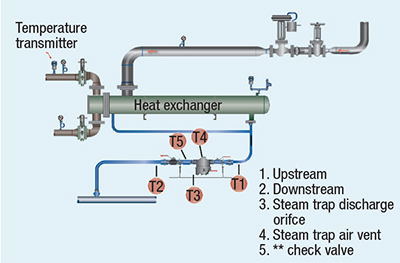 Competing downstream ultrasounds. Consider the five test-point measurements shown in Figure 16, in which all the steam components are tested:

The above readings show that ultrasound is being produced downstream of the steam trap. Check valves can be a source of additional ultrasound in the piping system. Perform further testing at the other components in the steam trap station (Test point 5) if the assessor determines that the check valve in the system is generating the high ultrasound levels. If the decibel value is higher at Test point 5, then there are competing ultrasounds in the system. If the value is lower at Test point 5, conduct further examination of the piping and steam trap to determine the source of the higher ultrasound.

While using ultrasound listening devices, the tester should be made aware of a few distinct sounds that he or she may hear while testing steam traps:

Kelly Paffel is the technical manager at steam-engineering firm Inveno Engineering, LLC (7320 East Fletcher Ave, Tampa, FL 33637; Phone: 239-289-3667; Website: www.invenoeng.com; Email: kelly.paffel@invenoeng.com). Paffel has 42 years of experience in steam and power operations, and is an experienced lecturer who has published many technical papers on the topics of steam system design and operation. He is known for writing “Steam System Best Practices,” which are used by plants and engineers globally to ensure proper operation of steam and condensate systems.

Related Content
Steam Quality Considerations
Steam often provides the majority of heat, but its quality is not always carefully managed. Here are some tips on…
Inverted-bucket steam traps for high pressures
The new IBV range of high-pressure inverted-bucket steam traps (photo) are available in sizes from½ to 3 in. The IBV…
This steam-trap monitor has ISA100 Wireless certification
This company’s SWWRF40 wireless steam-trap monitor has successfully achieved ISA100 Wireless certification from the International Society of Automation (ISA). The…
Next-generation connectors for steam-trap installations
Traditional steam-trapping assemblies often require the plant to be shut down for new traps to be installed, taking significant time…
This modular steam-trapping station reduces leakage
The STS17.2 steam-trapping station is a complete assembly comprised of an isolation valve, a steam-trap connector with a strainer and…