×
Highlights Turning Up the Heat on Valve Train SafetyIndustry Mentors: An Integral Part of EducationUniting to fight COVID-19The Trouble with Turndown: Avoiding Problems from Excessive Design MarginsCOVID-19 – Coverage for the Chemical Process Industries

Inovyn, an Ineos company, has announced a “power to methanol” project in Antwerp, Belgium, which will produce methanol from captured CO2 combined with hydrogen that is generated from renewable electricity. Inovyn will contribute to a joint feasibility study as part of a consortium made up of seven leading industrial and business partners: Inovyn, Engie, Oiltanking, Indaver, Fluxys, the Flemish Environmental Holding Company (Vlaamse Milieu Holding) and Port of Antwerp. If the study proves successful, an industrial-scale demonstration unit would be built at Inovyn’s chemical manufacturing complex at Lillo. The planned unit would produce 8,000 tons/yr of sustainable methanol and would save at least 8,000 tons/year of CO2 emissions.  This would be the first of its kind for Belgium, with the methanol produced being used by chemical companies in the port of Antwerp cluster.

Geir Tuft, CEO of Inovyn comments: “This is a very exciting project and an excellent fit with our sustainability strategy, which includes pursuing options for alternative energy and the sustainable, lower carbon production of chemicals.  Specifically, Inovyn will contribute its expertise in hydrogen production and electrolysis to the project, and has identified a suitable location for the proposed demonstration plant at our Lillo Site.” Future development could see increased volumes of sustainable methanol produced for wider industry use, including as a sustainable fuel for marine and road transport. 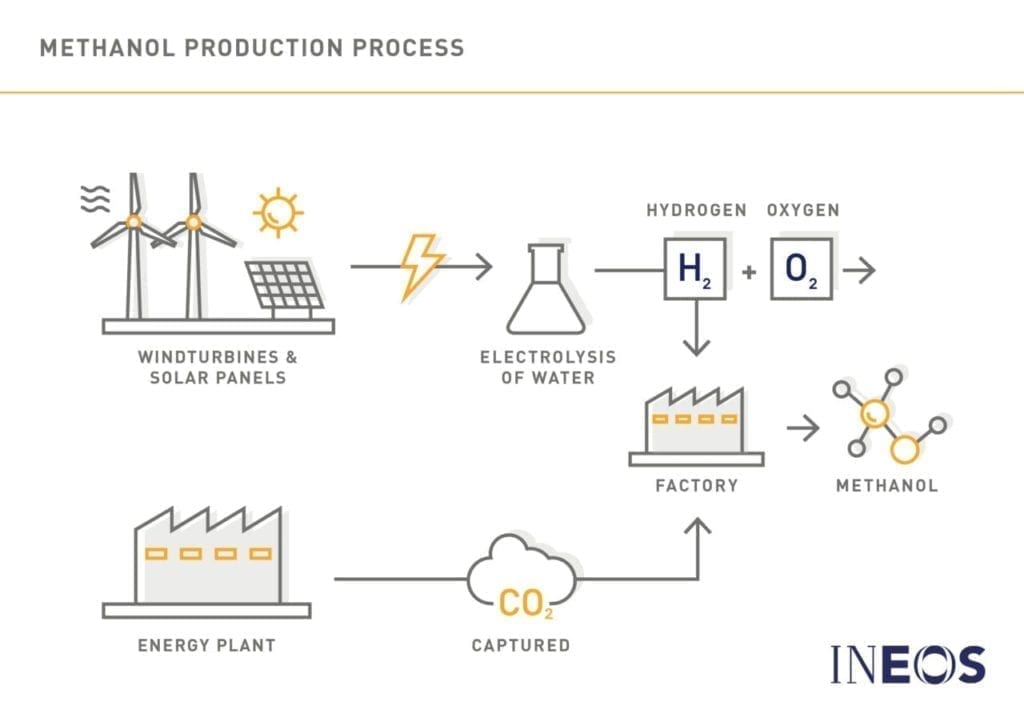