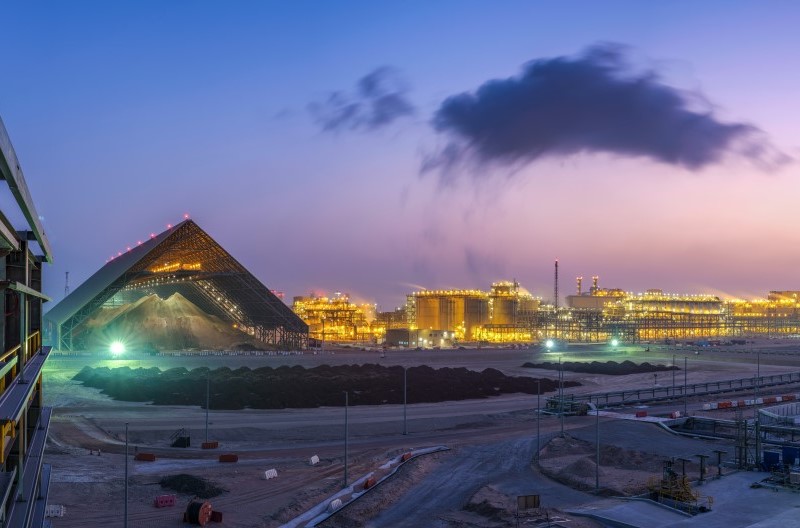 This is the first alumina refinery in the UAE and only the second in the Middle East. It processes bauxite ore imported from West Africa into alumina, which is the feedstock for aluminum smelters.

Petrofac contributed to this landmark project as part of an integrated joint venture with Bechtel (BPJV), involving the engineering, procurement and construction management (EPCM) for this important strategic growth project for EGA, which is a significant driver of UAE economic diversification.

Located at Khalifa Industrial Zone Abu Dhabi (KIZAD), approximately halfway between the cities of Abu Dhabi and Dubai, this is Petrofac’s first minerals processing sector project. Petrofac’s involvement began in 2013 and the scope ran from early feasibility study stage through to the construction and pre-commissioning completion of the new plant. BPJV continues to support EGA during commissioning, start up and ramp up of the refinery.

The total workforce on site peaked at just over 11,500 with around 170 Petrofac staff embedded in all functions of BPJV.

Commenting on the achievement, Mark Cowley, Petrofac’s Project Director said: “From the outset, BPJV established a collaborative and integrated approach as EPCM contractor for this important project. We are proud of our role in building the UAE’s first alumina refinery and in supporting EGA to secure the competitive supply of raw materials to meet the country’s aluminium industry’s needs.”