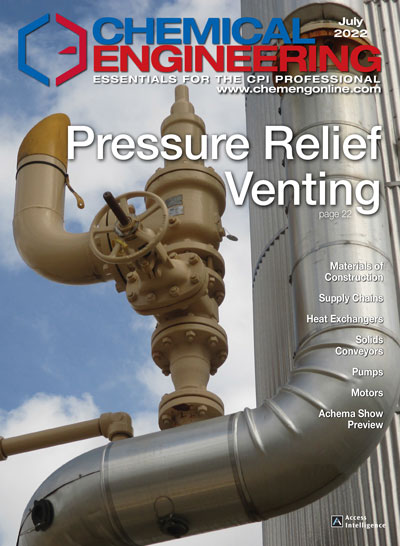 Plug Power Inc. (Latham, N.Y.) and Olin Corp. (Clayton, Mo.) announced the signing of a memorandum of understanding (MOU) with the intention to create a joint venture (JV) to produce and market green hydrogen to support growing fuel cell demand in the global hydrogen economy.

The JV is the first of its kind and will provide reliability of supply and speed to market for green hydrogen throughout North America, setting the foundation for broader collaboration between the two companies. The first production plant in St. Gabriel, Louisiana will produce 15 metric tons per day (m.t./d) of green hydrogen.

This partnership brings together Olin, North America’s largest producer of electrolytic hydrogen, with Plug Power, who is building an end-to-end global green hydrogen ecosystem. Under the JV, Plug Power will market the hydrogen and provide logistical support for delivery while Olin will provide reliable hydrogen production and operational support.

“Olin’s 130-year history of producing hydrogen as part of our chlor alkali production process combined with Plug Power’s leadership in the green hydrogen economy creates a powerful partnership to serve the growing demand for green hydrogen,” noted Scott Sutton, Chairman, President, and CEO of Olin. “This JV is a key step for Olin as we seek to recognize the full potential of Olin’s untapped hydrogen supply capabilities across North America. We are excited to partner with Plug Power, a true leader in sustainable hydrogen, to serve the fuel cell market.”

“We believe widespread availability of green hydrogen will create a flywheel effect by making green hydrogen ubiquitous and economical, helping accelerate the proliferation of numerous fuel cell applications,” said Andy Marsh, CEO of Plug Power. “Olin has proven itself as a leader and bringing Olin’s reliable production capabilities together with the expertise of Plug Power is sure to make a lasting impact on the global hydrogen economy.”

The joint venture is expected to be operational in 2023