A laboratory mixer for high-containment applications
This company has built the smallest machine in its company…
Highlights The 2020 Chopey Scholarship winnerCE Voices: Improving Plastics RecyclabilityBuilding a Sustainable Coatings InfrastructureImproving Fire and Gas System Sensor Selection and Deployment for Tank Farms and Transfer SitesFocus on Solids Handling

The size and size distribution of particles are important determining factors in the design and operation of many process operations involving dry particles and powders. Follow this guidance to understand the impact of these key characteristics

Information about the particle-size distribution of a powder is also an important step in many chemical process operations, and improper particle-size analyses can result in poor product quality and high rejection rates, which leads to economic losses. Particle size and its distribution also have a significant effect on the bulk density, mechanical strength, and electrical and thermal properties of the finished product [ 2]. Meanwhile, particle-size distribution determines a variety of important physical and chemical properties such as mechanical bulk behavior, surface reaction, taste, miscibility, filtration properties, and conductivity [ 3]. Based on 1993 British Standards [ 4], any discrete particles whose sizes are less than 1,000µm are called powders.

The importance of particle size and particle-size distribution in various bulk-solids-handling operations is discussed further here, and then discussion of several measurement techniques of particle size follows.

Storage and flow.Particle size influences the flowability of a material. Flowability is the ratio between the cohesive forces acting on the particles (which make them stick together) and the normal forces (which are trying to break them apart) [ 5]. For example, for a material that has two particle sizes (D50 = 30 μm and 40 μm), there will be significant variance in flowability. Finer particles have higher cohesive strength compared to coarse particles.

The flowability of each sample can be determined by measuring the flow-function ( FF) characteristics of the material using a ring-shear tester. FF is defined as the applied normal load divided by the unconfined yield strength, according to Equation (1): 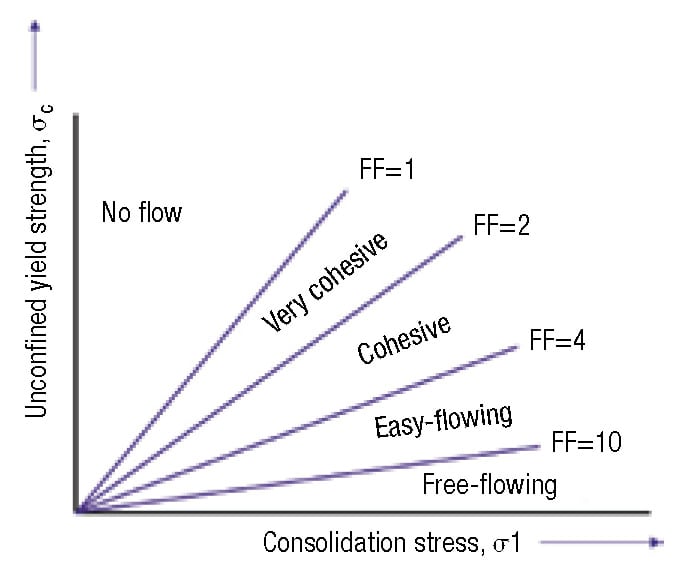 For the same material, if the particle size decreases, its cohesive strength increases, reducing its flowability. During the design of a mass flow hopper, the flow-function (flowability) determines the ideal hopper angle, and dictates whether its walls are steeper or more shallow, as well as the ideal outlet dimension (opening size). Mass flow behavior refers to “first-in, first-out” material flow in a hopper. Easy-flowing materials with a higher FF value require the hopper angle to be more shallow, whereas materials with a lower FF value (that is, difficult-flowing materials) require a steeper wall angle and wider outlet dimension in order to ensure mass flow during operation.

Operators in many industries want to keep particle-size distribution constant during pneumatic conveying. However, in many instances, bulk solids experience an increase in particle-size distribution as a result of impact-force degradation. One way to monitor and analyze particle degradation is to track the particle size before and after conveying. 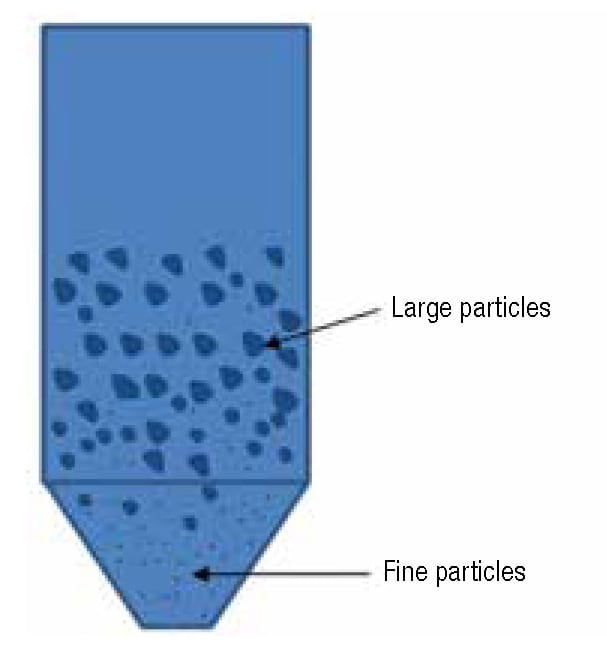 FIGURE 2. This diagram shows what happens when particle-size differences lead to percolation segregation inside of a hopper or vessel

Measuring size and distribution.The measurement of particle size is very complex, because most fine particles have a shape that is neither regular nor uniform (Figure 3). Therefore, for these types of irregularly shaped particles, size is often expressed in terms of a circle or a sphere (as a simplifying assumption), which is deemed to be equivalent to the irregularly shaped particle; it is called the equivalent spherical diameter. This means the volume or surface of irregular shape is converted to an equivalent volume or surface of sphere or circle and expressed as an equivalent spherical diameter. 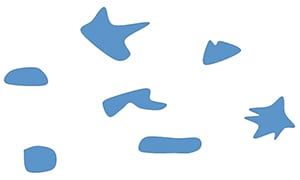 FIGURE 3. Particles typically have an irregular shape; to measure particle size and size distribution, simplifying assumptions must be made using spherical shapes as a proxy measurement

Mechanical sieving is one of the oldest methods for measuring particle size and carrying out size-distribution analysis of free-flowing, dry bulk solids and powders. It is the most widely used method since it provides reliable results. This approach involves shaking or vibrating a sample through a series of woven-wire sieves of known mesh size.

Sieve analysis is done by passing a known weight of sample material through a set of sieves that is arranged from coarse mesh at the top to finer mesh at the bottom of the stack. The amount of material retained on each sieve is weighed to determine the percentage weight in the size fraction retained on each sieve. Some of the common mesh numbers and aperture sizes are provided in Table 2. The mesh number system is a measure of the number of openings per linear inch in a screen; the higher the number, the lower the mesh opening size.

Based on the data collected after sieving (as shown in Table 3), the mean particle size is calculated using the formula in Equation (2):

D M =Summation of sample mass collected in each sieve

For example, if the following data were obtained from a sieve test (Table 3), the mean particle size is calculated using Equation (3):

Note that this method is only applicable for particles larger than 0.038 mm (38 μm). Since the length of the particle does not affect its passage through the sieve opening, the particle size goes with the maximum width and maximum thickness of the particle, which may not represent its actual size. This is one drawback to using sieving technology. 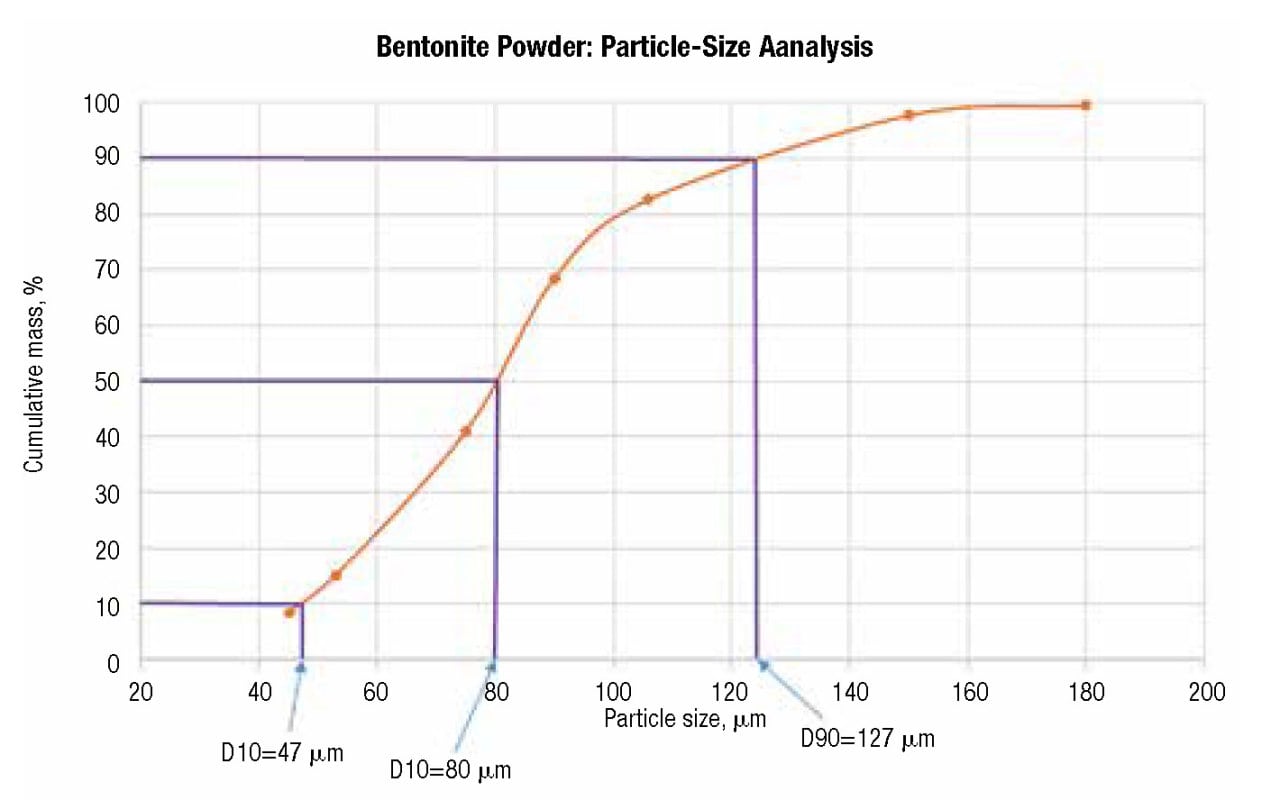 With vibrational sieving, an electromagnetic drive creates vibrational motion that is transmitted to the stack of sieve trays. The amplitude of vibration varies from 0 to 3 mm. With tapping sieving, the tapping motion is achieved using the mechanical eccentricity (Figure 5). 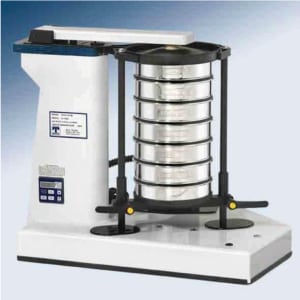 FIGURE 5. In this tapping-type mechanical sieve, mechanical eccentricity is used to create a tapping motion that forces the particulate material to pass downward through the stack of sieve trays

Advantages of a mechanical sieve include the following:

Disadvantages of a mechanical sieve include:

Chain, brushes and rubber cubes are often used as sieving aids for materials that are sticky in nature due to electrostatics and additives [ 3].

Air-jet sieve analysis. This type of sieve analysis is used for powdered materials that require sufficient dispersion and de-agglomeration [ 8]. This equipment consists of a rotating slotted nozzle, which is placed underneath the sieve and lid (Figure 6). A negative pressure (vacuum) pneumatic system is designed to generate a strong jet of air that allows the particles to disperse and be sucked through the slotted nozzle. 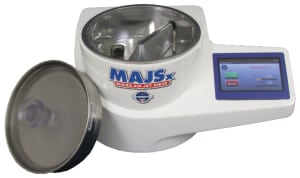 FIGURE 6. The rotating nozzle in an air jet sieve helps to minimize agglomeration for powdered materials that are susceptible to it
(Source: Hosokawa)

The material that has a particle size smaller than that of the mesh size of the sieve is conveyed to the solid-gas separation unit by either a cyclone or air filter system. The material that is larger than the sieve mesh is retained, weighed, transferred to next sieve in line for air-jet stream operation. This keeps fine particles from agglomerating.

The principle of measurement is the “halo” of the diffracted light produced when a laser beam passes through a dispersion of particles suspended in air. The light that is scattered at various angles by different size particles is measured by a multi-element detector, and the magnitude of the scattered light intensities are recorded [ 7]. Large particles scatter light at small angles relative to the laser beam, while small particles scatter light at larger angles.

The angular-scattering intensity data are analyzed to calculate the size of the particles that are responsible for creating the scattering pattern, using the Mie theory of light scattering. The particle size is then reported as a volume-equivalent sphere diameter [ 9], using sophisticated data-processing methods and automation. This generates a continuous measurement for analyzing process streams.

in order to avoid discrepancies in the data. They are as follows:

Capturing a representative sample is crucial in particle-size analysis. Improper sample collection may lead to incorrect particle-size distribution, which may lead to lower-quality product and production losses.

3. Retsch, The Basic Principles of Sieve Analysis, 2004; Accessed at www.ninolab.se/fileadmin/Ninolab/pdf/retsch/documents/af_sieving_basics_2004_en.pdf

John Lawrence serves as the research director of KSU Bulk Solids Innovation Center at Kansas State University (Email: jlawren@ksu.edu), and manages the research, education, training and testing activities of the center. He is a bulk-solids-handling specialist, focusing in the areas of hopper and bin design, material-flow properties, material quality and processing, and pneumatic conveying and modeling. Lawrence formerly served as the lead researcher and director at IntelliFarms, a grain-management company in Missouri. He holds a Ph.D. in agricultural and biological engineering from Purdue University, and did postdoctoral research at the University of Arkansas and at Kansas State University (Manhattan). Lawrence is also an associate editor for the ASABE journals, and serves as program chair for the PRS 702 group Crop & Feed Processing & Storage of ASABE. He has published many articles and presented his research at several scientific and professional conferences. He is a member of both AIChE and American Society of Agricultural and Biological Engineers (ASABE).

Related Content
Particle Size Matters
With the right technology, chemical processors can obtain precise particle size and consistent material while improving throughput and quality Particle…
Particle Size Characterization and Analysis
Several methods and calculations are available for determining particle size and particle-size distribution. This article provides and overview on how…
Focus on Solids Handling
This bulk-bag conditioner has a rotary lift platform The new hydraulic bulk-bag conditioner with rotary lift platform (photo) quickly and…
FOG separation technology expands to new application areas
Fats, oil and grease (FOG) waste can create environmental problems for water-treatment and sewage systems, but can be a potential…
Facts at your Fingertips: Cyclone Separators
Removing solids from a stream of air or other gases is an important operation across virtually all sectors of the…