Spring-loaded pressure-relief valves (PRVs) often use bellows to ensure balanced operation. Data analysis from 30,000 PRV service records across different industries and valve brands shows a bellows failure rate between 2 to 6%, according to Emerson (St. Louis, Mo.; www.emerson.com). The most common causes of bellows failures are excessive backpressure and rapid cycling. Ruptured bellows will cause fugitive emissions and may prevent valve operation at the designed set pressure, with the risk of catastrophic overpressure events. 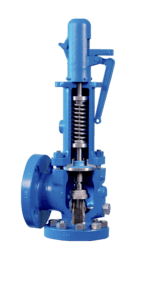 To address these issues, Emerson introduced two new technologies for its Crosby J-Series PRV line. The first is a Balanced Diaphragm (Figure 1), which eliminates the need for bellows in PRVs, while providing balanced operation against backpressure. Its design extends the backpressure limits from 60% to 80%, and increases the backpressure correction factor, Kb, by up to 15%, expanding the application range of spring-loaded PRVs. Extending the backpressure limit and increasing the Kb factor often permits the use of smaller valves, the company says. 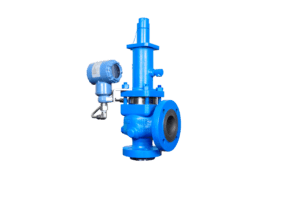 The second technology is Bellows Leak Detection (Figure 2), enabling remote detection of bellows ruptures in PRVs, with the capability to reduce and accurately calculate volumetric emissions in real time. It consists of a backup piston and a Rosemount wireless or wired pressure transmitter. The backup piston can reduce emissions by over 90% in the event of a bellows rupture because it has a much smaller clearance than a standard bonnet vent, and it ensures balanced operation.