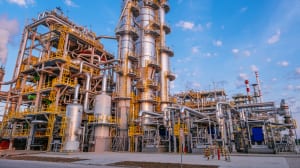 TechnipFMC’s scope included the engineering, procurement and construction (EPC) of this new ammonia unit. The contract awarded in 2014 was executed by the company’s operational center in Rome, Italy.

The new Ammonia 4 unit is based on Haldor Topsoe’s latest-generation technology. It has a capacity of 1,600 tons per day of ammonia with an estimated operating life of forty years. It incorporates the most advanced engineering and technological solutions for minimum energy consumption and reduction of pollutants emissions.

With the timely completion of the Ammonia 4 plant Duslo a.s has become one of Europe’s top ammonia producers in terms of energy efficiency and volume of emissions.

Marco Villa, President EMIA, commented: “This milestone confirms TechnipFMC’s long-lasting relationship with Haldor Topsoe, the global market leader in ammonia technology and catalysts. The completion of this new generation unit also reflects TechnipFMC’s leadership in the engineering and construction in the chemical, refining and petrochemical sectors”.