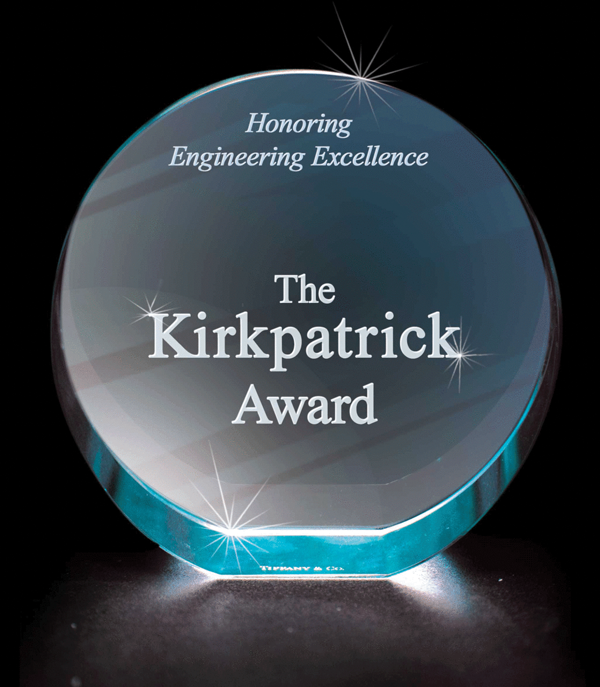 Halsor Topsoe’s TK-6001 HySwell is an alumina-supported NiMo hydrotreating catalyst. NiMo catalysts are in demand for ultra-low-sulfur diesel and hydrocracker pretreatment. Until now, unsupported catalysts have been the only type that could meet the high activity needed for these applications. Topsoe has developed catalyst preparation techniques to produce a stable, supported catalyst that can be regenerated. More about this winning technology will be included in Chemical Engineering’s January 2022 issue.

We also congratulate the four honoree finalists for the 2021 Kirkpatrick Award: BQE Water; Dow Industrial Intermediates & Infrastructure; Dow Deutschland; and Sapphire Technologies on their innovative technologies, which were outlined on this page in our July issue.

Haldor Topsoe joins a long list of winning achievements that include: LanzaTech for Emissions-to-Ethanol Fermentation Technology (2019); CB&I and Albemarle Corp. for the AlkyClean process (2017); Dow Performance Plastics for Intune Olefin Block Copolymers (2015); and Genomatica for its process to produce bio-based butanediol (2013). The full list of past winners can be found at www.chemengonline.com/kirkpatrick-award.