The Value of Safety Instrumented Systems

A safety instrumented system (SIS) is important to ensure the safe operation of a plant. The SIS requires up-to-date sensors — recent developments in vortex flowmeters are presented here

There are four key areas of concern for chemical producers that are always top of mind in daily operations. These are, in no specific order, ensuring safety, optimizing production efficiencies, minimizing emissions and improving reliability. In many ways, these concerns are interconnected and are governed by many of the same standards.

To meet the stringent standards that govern this industry, safety instrumented systems (SIS) are one of the solutions that make the difference, precisely because they not only impact worker safety, but also environmental and safety issues around the plant. Not only do these risks impact workers and the environment, they also impact the financial health of a company. Any time something happens that violates codes, standards and regulations, it can have a significant impact on the balance sheet.

Though engineers can create systems that monitor and manage the safety and operations of a plant down to the smallest detail, it doesn’t always mean that is what’s called for. If a shutdown is triggered over a deviation from standard that would ordinarily be within acceptable tolerances, it can mean extra costs, a re-calibration or repair of critical equipment that might have been impacted by the shutdown.

A safety system is separate from a control system and is focused on the prevention of accidents with the understanding that it will shut down the plant should an accident occur. A safety system is the final layer of protection a plant has to ensure the safety of its people and the environment.

Of the many standards that govern the design and implementation of safety systems, the most notable and commonly applied one is IEC 61511, established by the International Electrotechnical Commission (Geneva, Switzerland; www.iec.ch), which applies to the chemical process industries (CPI), including the chemical, petroleum refining, petrochemical, pharmaceutical, pulp and paper, and power sectors. 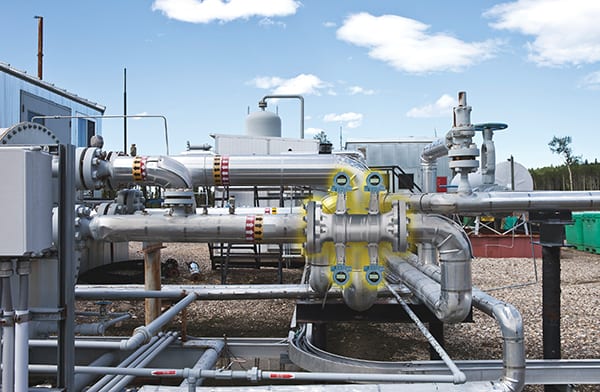 Sensors are the key enabler

The primary enabling component of a quality safety system is the field instrument, or sensor. Top-quality sensors are key to helping engineers design and maintain the established protocols that help a chemical plant meet regulatory requirements. These sensors are typically the first devices to be exposed to the unsafe condition that will ultimately trip the safety shutdown process. The challenge is to have sensors that work together to accurately assess the process to detect an unsafe condition, but that do not report a false reading that might lead to an unnecessary shutdown.

Aspects of the design process engineers need to consider when developing an effective loop design are, that it must meet the risk-reduction requirement levels and establish the correct probability of failure. Once those variables and parameters are known, an engineer can calculate the safety integrity level (SIL) requirements.

The results from those calculations, and using the standards set in IEC 61511, will determine sensor choices. In addition, a history of use and failure rate of previously used sensors within the user’s own facility will be a factor in selection.

These are only a few ways a chemical producer can determine the type of sensors they invest in. What is clear, however, is that chemical producers will look very carefully at all options when selecting sensors for a comprehensive SIS system to ensure the best possible system based on the SIL requirements and the effective operations of the plant.

Vortex flowmeters work on the vortex shedding principle as it was observed and noted by Theodore von Kármán, a Hungarian-American physicist. He first described the effect he observed when a non-streamlined piece of material — often called a bluff body — is placed in a fast-flowing stream. The liquid, or steam, will separate from the object on its two downstream sides; when detached, it will curl back on itself, forming vortices, also called eddies or whirlpools. You can see this principle in action if you put a rock in a fast-moving stream, for example.

On the side of the bluff body where the vortex is formed, the fluid velocity will be higher and the pressure lower. As the vortex moves downstream, it gets stronger and bigger, eventually detaching or shedding itself. A vortex is then formed on the other side of the bluff body. The alternating vortices are spaced at equal distances. The frequency of vortices shedding is what is measured.

A vortex meter has no moving parts, which makes it highly suitable for corrosive materials. The meter has external sensors that sense the vortex shedding indirectly through the force exerted on the shedder bar — the bluff body — that is inside the meter.

Vortex meter sensors are modular, inexpensive and easy to replace. They can operate under a wide range of temperatures — from cryogenic liquids to superheated steam.

New configuration designs are making implementation of SIL-rated vortex sensors easier and safer for use in extreme or aggressive applications governed by stringent safety requirements.

Today, there is the dual vortex option and the newer quad vortex option (Figure 1). Both have strong capabilities and fit a variety of systems and applications.

The dual vortex is a safe and simple drop-in solution for SIL 3 applications. The dual has two independent transmitters and flow sensors, providing a 1:1 or 1:2 voting configurations, which determines the number of error readings before the system triggers a shutdown.

The quad vortex has four independent transmitters and sensors with two separate shedder bars acting as bluff bodies to create the vortices needed to accurately measure the flow. This configuration is recommended for SIL 3 applications where 2:3 voting is needed.

The benefits of a quad vortex over a dual vortex are that a quad gives the ability to put many sensors and transmitters in a single spool piece that makes installations easier. Less space is required for flow conditioning within the pipe, giving the chemical producer more flexibility in how and where to apply it within the safety system.

The 2:3 voting offers a significant benefit in that it prevents a single reading that is off from tripping the system into a shutdown. With the 2:3 voting, it will take at least two skewed readings to trigger a system shutdown, thereby preventing false trips, which can become costly.

In each instance though, it’s important for engineers to determine which option will best meet the requirements they must work within when designing the plant safety system.

In the past, vortex meters have gained the reputation as being unreliable and a poor choice for chemical applications. This was mainly due to early technology and application challenges, which included low-flow cutoffs that didn’t measure down to zero flowrate, extreme vibration applications that might not have been suitable due to the potential for inaccurate flowrate measurements, and some designs that were prone to plugging.

In recent years, many suppliers of vortex flowmeters have overcome these issues, thereby boosting the capabilities of the meters and making SIS-rated vortex sensors a good fit in most chemical applications (see sidebar on this page). However, it is important to make sure the device selected has a third-party certification of its SIL capability. The exida company (Sellersville, Pa.; www.exida.com), for example, is an industry leader in providing SIL certification for devices.

Manufacturers of vortex meters strive to ensure their meters and sensors meet the SIL certification and are tagged as such, including shipping devices with a certificate stating the usability in SIL applications. These are important considerations to a chemical processor when designing a robust SIS system.

A chemical producer in the northern part of the U.S. had an application in a unit that utilized a feed stripper to remove dissolved oxygen from storage feed tanks, which is an important step in the process that ensures fewer process upsets. The producer had installed a safety instrumented system for the protection of their plant personnel, aiming to eliminate the risk of two-phase flow from high-pressure hydrotreating reactors through the feed drum back to the feed stripper.

When first engineering this safety instrumented system, two out of three voting (2:3) was selected to reduce the chance of a spurious trip and to simplify online critical alarm testing. The differential pressure flowmeter solution they initially opted for consisted of multiple pairs of impulse lines off a single orifice plate. Those impulse lines had a number of challenges; chief among them was that they were very difficult to zero at no flow. In addition, they were also prone to plugging and, especially in the winter months, freezing. The lines had to be heat traced due to the cold winters, and added to that, there were a large number of potential leak points. Challenges like these bring added headaches and increased complexity to installations, along with unexpected failures and the potential for false trips.

The SIS quad vortex solution provided this user with a more efficient solution. Some of the benefits they realized after implementing the quad vortex included the following:

Putting it all together

With vortex meters now a proven technology for chemical producers capable of measuring the flow of extreme materials over a very wide range of temperatures, they can now be seriously considered when creating a safety instrumented system.

Regulations governing the environment and worker safety have grown more stringent over the past few decades. Having the right tools and instruments to meet — and even exceed — those regulations has benefits beyond the obvious of meeting those regulations. It means more efficient and reliable operations, greater worker safety, fewer shutdowns and less unexpected expenses connected with unplanned shutdowns.

Having a strong and well-designed safety system in place just makes good sense.

Mike Klein is vice president of Global Chemical Industry Marketing for Emerson’s Flow Solutions business ( 6005 Rogerdale Road, Houston, TX 77072; Email: mike.klein@emerson.com). He has worked at Emerson for 18 years and in the industry for 25 years. Klein received a B.S. degree in quantitative analysis and methods from Penn State University.