While reducing fugitive emissions is a leading concern in the fight against climate change, emissions continue to be released via leakage of process equipment in manufacturing plants and other operations in many industrial sectors. Valve leakage is reportedly responsible for more than 65% of total fugitive emissions, by some estimates. As a result, valves have been a considerable area of focus in the effort to reduce fugitive emissions.

So, where are the chemical process industries (CPI) headed in the quest to achieve reductions in fugitive emissions? Regulators and end users are currently working on developing, expanding and improving several industry standards for fugitive emissions and valve seals (Figure 1), as summarized below: 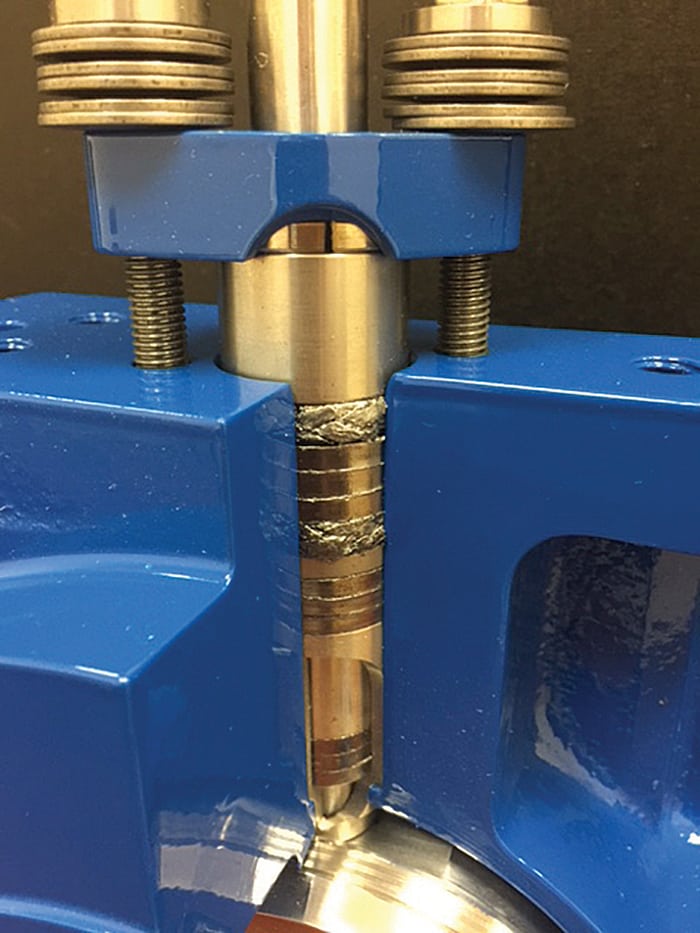 API 624 was developed to cover multi-turn valves, such as gate, globe and control valves used in operating plants. The API 624 Task Force worked for over two years to incorporate members’ views, as well as the requirements of regulators and manufacturers, and came up with a reasonable standard, which is summarized below. Note that this standard applies to rising and rising-rotating stem valves up to 24 in. in diameter.

As a result of the release of API 624, testing companies have been preparing for the increased amount of valve testing that will be required. To this end, new test facilities are being planned and opened.

Implementation of API 624 needs to be carefully monitored, and users should validate claims from valve manufacturers by requesting to view test results, as is advised by key reputable test facilities.

Below are some considerations to take into account when evaluating testing procedures and results:

Certain challenges require a good testing company that has experience in fugitive-emissions testing and provides guidelines to manufacturers in terms of the use of packing, valves, grease, testing requirements and so on. In addition, the industry currently is discussing the challenges in conducting these more rigorous tests. As most testing companies do not provide a great deal of information or operational guidelines beyond whether a valve passes or fails a given test, the responsibility falls to valve manufacturers to provide recommendations in many areas (for instance, suggesting a certain amount of torquing, followed by 5–10 dry-run cycles and then re-torquing.)

An additional challenge for valve manufacturers is re-qualifying valves that were previously qualified to ISO 15848-1 standards, although ISO 15848 Class BH is more difficult to comply with than the 100 ppm of API 624 and API 641. Still, these new qualifications require time, effort and costs from valve manufacturers.

The shift in testing media (from helium to methane) also presented some new considerations. The molecular weight of helium is significantly lighter than methane, and hence more permeable. Therefore, if a valve complies with ISO 15848 Class BH, it will comply with API 624/641, but not vice versa, necessarily.

Some leading manufacturers of these types of valves have taken initiative in the reduction of fugitive emissions with the development of advanced technologies, including enhanced stem designs, packing solutions for high-cycle operations and fast-acting valves that meet stringent fugitive-emissions requirements. A few leading manufacturers who provide severe-service valves (Figure 2) have taken these requirements seriously, and have begun testing their valves with verification by an independent agency to demonstrate that their designs not only meet, but exceed, endurance testing standards and possess the ability to perform 500,000 cycles while retaining a maximum leakage rate equivalent to the stringent requirements dictated by the ISO 15848-1 2006 Class BH standard for the entirety of the test. For more information about severe-service valves, please see Getting the Most from Severe Service Valves, Chem. Eng., June 2017, pp. 52–58. 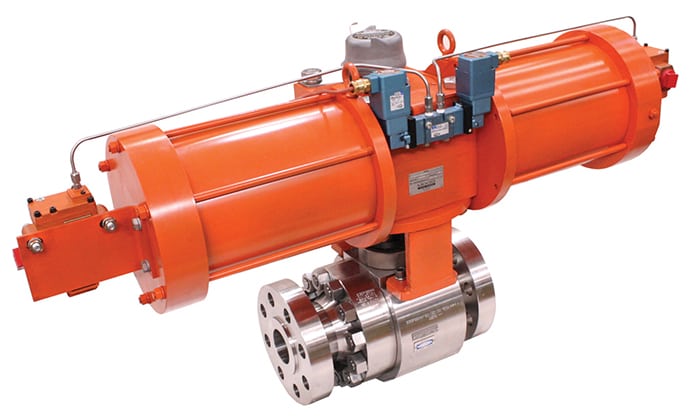 Typical stem-sealing technology requires packing adjustment. For high-cycle valves, these adjustments would have to occur very often, causing disruptions in plant operation, safety concerns and non-compliance with tightening emissions regulations. As no gland adjustments can take place during the test, in order to guarantee that the valve will comply with the 100-ppm emissions requirement, packing manufacturers have begun to increase the packing sealing stress required at the time of installation. API 624 gland torques with low-emissions packings are significantly higher than the torques applied on these valves previously. With new, more environmentally friendly packing solutions, laboratory-tested results have shown that some seals are capable of more than 500,000 cycles, all with stem packing that requires no maintenance and adjustment. This solution is suitable for end users that require a rapidly rotating valve that must complete many cycles annually (for instance, 100 or more cycles per day continuously) and must also meet fugitive-emissions requirements.

In addition to making sure that packing requires zero adjustment or maintenance, and is capable of 500,000 or more cycles, the packing should be durable for extremely high pressures, high temperatures and fast cycle speeds, such as less than 0.5 s. In addition, the packings must meet the reduced emissions requirements to comply with the recommended fugitive-emissions standard of 100 ppm or less recommended by the U.S. Environmental Protection Agency (EPA; Washington D.C.; www.epa.gov).

These beneficial features will lead to longer intervals of plant operation between maintenance schedules and provide safer plant operations, as plant personnel are not required to access the valve to undergo packing adjustments. These factors ultimately result in longer valve seal life (Figure 3).

Consider a trunnion-mounted ball valve capable of 90- or 180-deg rotation with cycle speeds as low as 0.5 s — this fast actuation speed is what creates a gas “pulse” through a pipeline system. Pulse-jet systems can be used to clean system filters, spray chemicals in an injection-type system or pulse debris or media through a pipeline to prevent clogging. These systems cycle many thousands of times per day. Conventional packing systems cannot handle the abuse of the fast cycle speed, combined with the high cycle count. These challenges have been addressed by valve manufacturers through the use of newer, more environmentally efficient design solutions. In these cases, the packing seals were laboratory-tested at high pressures and line temperatures up to 450°F for over 500,000 cycles, requiring no adjustments or maintenance. This equals longer plant operation between intervals, improved site safety and less emissions from thestem packing. 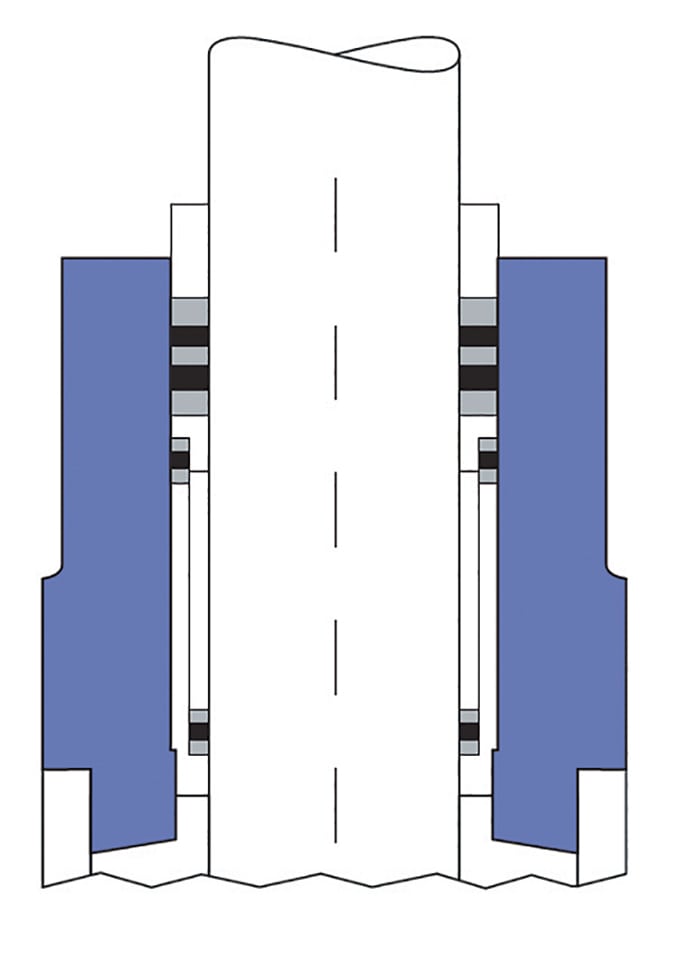 As design engineers begin to consider API 624 and API 641, there are several important factors that they should take into account when specifying valves:

Gobind Khiani is a technical fellow in the area of piping valves for the Energy & Chemicals Group of Fluor Canada Ltd. (Phone: 403-537-5020; Email: gobind.khiani@fluor.com). He has served in engineering and project management roles for both operating and EPC companies. He is a chairman of the Calgary Branch Executive Committee at the Association of Professional Engineers and Geoscientists of Alberta and the Valve Users Group. Khiani has experience in piping and pipelines, valves, surge and control valve selection and sizing, modularization in valves, safety integrity of piping systems, fugitive emissions and material selection. He has a B.S. degree in civil engineering from the University of Pune in India and an M.S. degree in engineering from the University of Calgary.

Related Content
Driving environmental progress
The recent decision by the U.S. Supreme Court limiting the authority of the U.S. Environmental Protection Agency (EPA) to regulate…
Valve Actuator Selection Guide
Information provided here can help guide the selection of valve actuators that are best suited to the demands of a…
This family of CPVC butterfly valves has been expanded
This company has added two new sizes (10- and 12-in.) to its Type-57P family of chlorinated polyvinyl chloride (CPVC) butterfly…
Use these plug valves with slurries and gritty media
This company’s Cam-Centric plug valves (photo) feature 100% port, which makes them a suitable choice for applications where slurries, grit…
This line of ball valves has an expanded operating range
This company has expanded its line of high-performance ball valves to include 2.5-, 3- and 4-in. sizes of the 585HP-LF…