Construction of new production units has an undesirable byproduct: trash. Sometimes the hard question is­— Who will clean? The author was the startup superintendent on a new unit in an olefins plant in Australia that produced polymer-grade propylene. Terry was the foreman working for him and Stan was the project engineer taking care of mechanical issues. Terry worked closely with the shift team, but they directly reported to their shift foreman.

At this point in the startup, the auxiliary units were commissioned, operating and tested. Everyone was preparing for the exciting moment of hydrocarbon introduction that was scheduled for Friday night, with production of on-specification polymer-grade propylene by Monday morning. For months, everyone had been working tirelessly to meet the target startup date. The climax drew near, right on schedule.

Early that week, an inspection by the production manager found unlevel ground, wide patches of dirt, missing pavement, piles of sand and rocks, chunks of metal, debris and trash. “Get Engineering to have these improved before we start,” he instructed us. The engineering project manager replied, “This work is outside of our scope. If Production requires these improvements, they can do them themselves.” 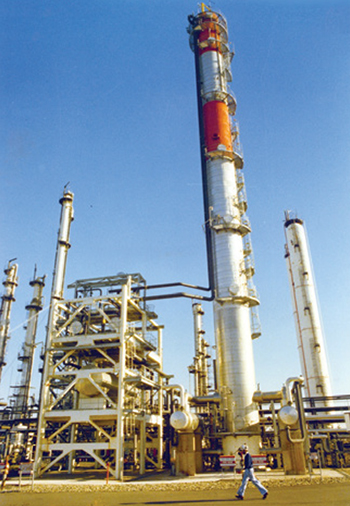 FIGURE 1. This is a front view of the propylene purification column

In response, and regarding this as a safety issue, Production put a “hold” on the startup until the improvements were made by Engineering. But Engineering stayed defiant and a stalemate resulted. After months of working day and night to meet the tight schedule, the scheduled startup was threatened because the players could not come to agreement on who should clear the ground. A cloud of gloom came over the team’s faces, replacing the enthusiasm of engineers and operators.

Suddenly, early Friday morning, bulldozers, earth-moving equipment, and large crews arrived and diligently started leveling the ground, clearing it, paving it, and removing the trash and debris. Our team breathed a sigh of relief.

“He is thanking you for this. It was not you?” we asked. “No, he replied. I thought it was the production manager.”

This made no sense. Stan, the engineering manager and I walked up to the work crews, asked their supervisors, but they had no idea who ordered the work. Terry was not around, and was presumably with the operators. We returned to the trailer empty-handed.

By about 3:00 p.m. the ground was level and clear. The trash had been removed, everything looked beautiful and the bulldozers and earth-moving equipment were heading out of the gate. Terry walked into the trailer. “G’day Terry. Any idea who ordered this earthwork?” A big grin appeared on Terry’s face. “You?” Stan and I yelled out.

“For months the operation teams were working [hard] to beat the deadline. Management was telling them that delays cost $200,000 a day (1970s dollars). Operators and foremen as well as we worked extra hours, sometimes with no extra pay, and kept on schedule. And after this, Production and Engineering act as if this deadline means nothing and are making a joke out of the whole crew. How would you feel if you were part of the crew?”

Stan and I looked at each other, then at Terry. “Terry, you are our hero. We endorse your action and will take responsibility. Thanks for saving the startup.” Then we added “That is why you made yourself scarce until now.” Another grin on Terry’s face. “Thanks for your support.”

An hour later the crews were done. We contacted Engineering and Production and told them what happened. With the startup being so close, the production manager was glad that it was proceeding and decided to go easy on us. “We’ll discuss it further on Monday.” The engineering manager was supportive. “I used to work in a plant and know where you are coming from. Let me talk to some people next week, maybe I can sway them to chip in to some of the costs.”

The startup went ahead. Polymer-grade propylene was produced by mid-day Sunday thanks to a very enthusiastic operations team gleaming at Terry’s success to avert the stalemate. This was 18 hours ahead of schedule, saving $150,000 — more than the cleanup costs.

Word of the startup success spread fast. Monday morning, a team of engineering top management flew in from Melbourne to get first-hand sight of the wonder. After they left, the engineering manager stopped by.

“Did you already tell the production manager that it was not us that ordered the cleanup?”

“Sure, we told both him and you last Friday.”

“Can you tell him that this was a mistake and that it was indeed us that cleaned up? And please make sure that all the bills are forwarded to us. We will pay.”

“I am sure he will be glad to hear. But all this makes no sense. Last week you would not pay a penny. What the [heck] is going on?”

“Our president walked through the plant this morning. He was so impressed with how tidy and clean the site looked, and said he never saw such a clean new plant in his life. He congratulated all of us for making it happen. We did not have the heart to tell him the real story. But we sure owe Terry one”

Terry grinned one more time “Don’t worry about it. Glad it is all settled. You can buy me a steak and a drink for lunch next Friday.”

The takeaway: A doctor’s work is supported by staff. Always appreciate their effort, especially during stressful times.

Henry Z. Kister is a senior fellow and the director of fractionation technology at Fluor Corp. (3 Polaris Way, Aliso Viejo, CA; Phone: 949-349-4679; Email: henrykister@fluor.com). He has over 35 years of experience in design, troubleshooting, revamping, field consulting, control and startup of fractionation processes and equipment. Kister is the author of three books, the distillation equipment chapter in Perry’s Handbook, and over 130 articles, and has taught the IChemE-sponsored “Practical Distillation Technology” course more than 530 times in 26 countries. A recipient of several awards, Kister obtained his B.E. and M.E. degrees from the University of New South Wales in Australia. He is a member of the NAE, a Fellow of IChemE and AIChE, and serves on the FRI Technical Advisory and Design Practices Committees.