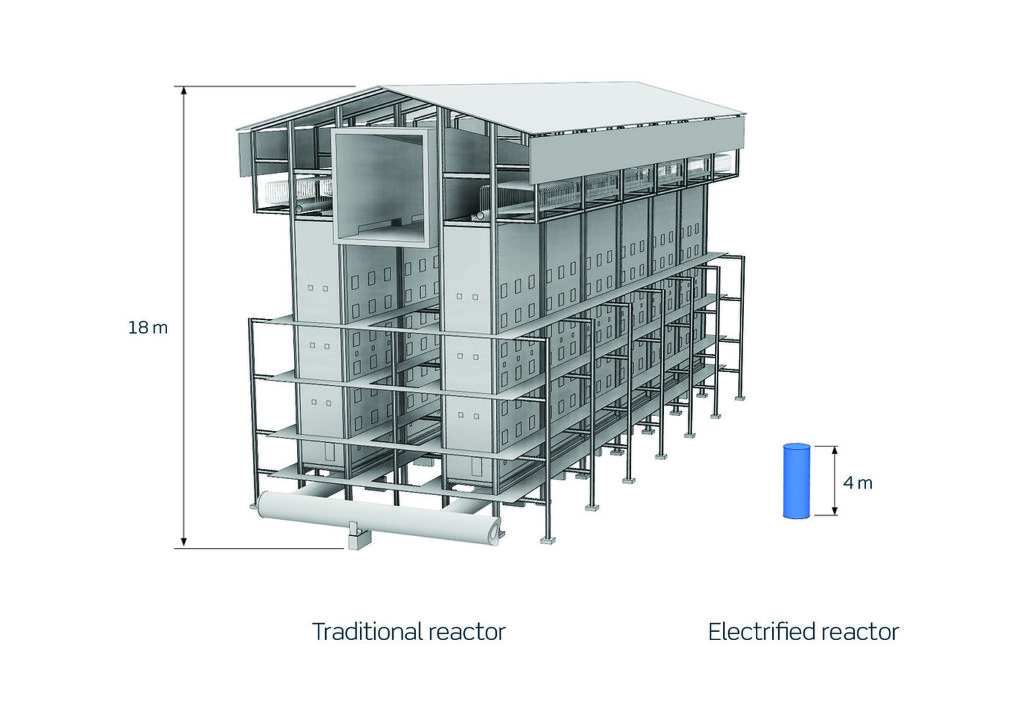 Haldor Topsoe A/S (Lyngby, Denmark; www.topsoe.com) will build a 10-kg/h methanol plant to demonstrate the company’s electrified and extremely compact eSMR Methanol technology for cost-competitive production of sustainable methanol from biogas. The eSMR Methanol technology exploits the full carbon potential of biogas by utilizing the 40% CO2 content which is routinely separated and vented today. The technology heats the process using green electricity from wind turbines or solar panels instead of natural gas.

The demonstration plant will be located at Aarhus University’s research facility in Foulum, Denmark, and receives funding from EUDP – Energy Technology Development and Demonstration Program.

The demonstration plant, scheduled to be fully operational in the beginning of 2022, is expected to demonstrate that sustainable methanol production from biogas can compete with traditional methanol production based on fossil fuels. “We look forward to repeating the very promising results we have achieved in the laboratory at an industrial scale. We want to show that sustainable methanol can be produced from biogas at a cost similar to that of traditional methanol produced from fossil fuels. The eSMR Methanol technology is about 100 times smaller than the traditional units which makes it a very attractive solution for decentral biogas sites and world scale producers alike,” says Peter Mølgaard Mortensen, Principal Scientist at Haldor Topsoe.

Today, biogas in grid quality is much costlier to produce than the natural gas it replaces. If biogas producers can produce sustainable methanol instead, they will be able to increase their production value significantly and compete on commercial terms with fossil-based products. Methanol is used as a clean fuel or an important intermediary in the production of many chemicals and polymers (plastics).

The eSMR Methanol process is CO2-neutral when based on biogas as feedstock and green electricity for heating. It even utilizes the CO2 that makes up about 40% of biogas and typically is costly to separate and vent in production of grid quality biogas.

eSMR Methanol is based on Topsoe’s eSMR technology that was published in Science magazine recently. The groundbreaking technology produces synthesis gas (syngas), an essential building block in production of polymers and chemicals. It may reduce the traditional steam reforming unit found in most chemical plants from the size of a six-story building, 30 meters in length, to just a few cubic meters. The extremely compact technology replaces the natural gas-fired heating of traditional steam reformers with direct electric heating of the catalytic process.

“We see the electrified reactor as the next logical step for the chemical industry. With this approach, producers get a viable way to transform the industry going towards greener processes without increasing production cost,” says Peter Mølgaard Mortensen.