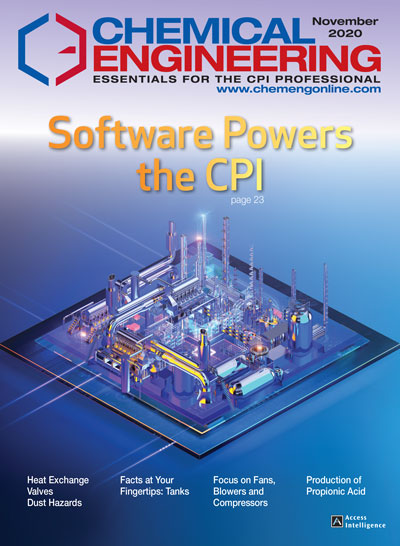 Acetylene-selective MOFs for ethylene purification
Ethylene is an important petrochemical, but it may contain traces…

A new smartphone for hazardous areas
Last month, this company introduced the new generation of its…

Upon completion of the merger, existing Woodward shareholders will own approximately 55% and existing Hexcel shareholders will own approximately 45% of the combined company on a fully diluted basis. In connection with the transaction, Woodward is increasing its quarterly cash dividend to $0.28 a share. The merger is expected to be tax free for U.S. federal income tax purposes.

The transaction unites industry leaders in advanced materials and control systems to create a premier industrial leader well positioned to satisfy customer demands for aircraft aerodynamics, energy efficiency, improved safety and reduced emissions and noise. The combined company expects to spend approximately $250 million on research and development in the first full year post-closing and will have greater resources to invest in emerging technologies to support next-generation customer programs and accelerate innovation in aerodynamics, propulsion and energy efficiency.

The combined company, to be named Woodward Hexcel, will be among the top independent aerospace and defense suppliers globally by revenue. It will have more than 16,000 employees, manufacturing operations in 14 countries on five continents, and a diversified customer base across multiple markets. Woodward Hexcel will be headquartered in Fort Collins, Colorado. The combined company will be led by a highly experienced and proven leadership team that reflects the strengths and capabilities of both organizations. The transaction is subject to the approval of the shareholders of both Woodward and Hexcel, as well as other customary closing conditions, including required regulatory approvals. The parties expect the merger to close in the third calendar quarter of 2020, subject to satisfaction of these conditions.