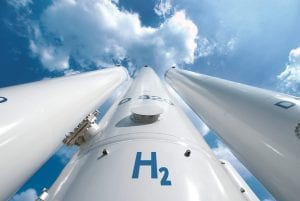 Linde Engineering (Pullach, Germany) has won the official bid for the design and construction of an integrated hydrogen fueling station and electrolysis plant for AGR (Abfallentsorgungs-Gesellschaft Ruhrgebiet mbH) in Herten, Germany.

The project comprising hydrogen production and high-performance fueling technology is receiving funding of up to €6.2 million from the German Federal Ministry of Transport and Digital Infrastructure in the framework of the National Innovation Program Hydrogen and Fuel Cell Technology (NIP). The funding guidelines are being coordinated by NOW GmbH and implemented by the company Project Management Jülich (PtJ).

The project encompasses proton exchange membrane (PEM) electrolyzers, compressors, storage tanks and high-performance fueling stations. The contract also includes provisions for Linde Engineering to provide maintenance and service. The electrolyzers will have an annual capacity of around 440,000 kg of hydrogen. The electricity will come from AGR’s waste-to-energy thermal power plant, where municipal and commercial waste with a biogenic content of around 50% serves as the primary fuel source. The electricity required for the production of green hydrogen will come from AGR’s energy efficiency measures, while securing the feed of green electricity and environmentally friendly heat into the public grids.

The planned fueling station will be able to fill vehicles at 350 bars and 700 bars and therefore will be suitable for both cars and trucks. The green hydrogen produced in Herten will primarily be used to supply both public and private transportation vehicles. The focus will be on waste trucks serving the surrounding communities, AGR’s own fleet, and the sale of hydrogen to commercial and industrial enterprises.

Through the thermal recycling of local waste and its conversion into hydrogen, the undertaking is a successful example of the circular economy in action. In the near future, green electricity from the waste- to-energy power plant will be used to generate green hydrogen to fuel waste trucks. Additionally, the integrated fueling station and electrolyzer combination serves as a showcase for decentralized hydrogen production and distribution.

“The collaboration is a good example of how Linde can support companies and municipalities with an integrated hydrogen offering,” says Michael Schäffer, head of Hydrogen and Syngas Plants at Linde

Engineering. “This ambitious project includes superior solutions, such as electrolysis and refueling technologies, which fit well with AGR’s ambitions for an environmentally friendly circular economy. A decentralized hydrogen project like the one in Herten has the potential to serve as a model for other regions.”

Joachim Ronge, chairman of AGR’s Management Board, on the decision to produce hydrogen in Herten: “For years we have been pursuing a strategy of high energy recovery in connection with disposal security and climate protection. After increasing district heat supply starting in 2019, we have been making further steps toward more climate protection by producing hydrogen together with other companies. Thermal waste treatment offers excellent conditions to implement this technology to decarbonize logistics: Waste collection vehicles deliver waste with biogenic content, and the energy it contains is transformed into hydrogen. The waste collection vehicles are then refueled with the resulting green hydrogen.”