A plug for ‘big science’

One of the first experiments I ever conducted in my basement chemistry lab was to split water into hydrogen and oxygen, using the transformer from my train set as the power sup- ply and platinum ribbon strips as electrodes. Although most CE readers have at least seen this demonstrated in their elementary school days, for me, the excitement was not the mini “explosion” that occurs when you light the H2 with a match, or the just-extinguished match bursting into flame in the O2, but the observation that the volume ratio of H2 to O2 was two. Perhaps this elegant demonstration of water’s composition was a spark that led me to go into science in the first place.

At that period in my life, I was also glued to the black-and-white television screen watching the Apollo space missions. So enthralled was I with these endeavors, that I had pictures of the moon launches and landings on my bedroom wall. Last month, some of this child-like enthusiasm returned, for two reasons. First, the February 6 launch of the Falcon Heavy in itself was awe inspiring, but when the two rocket boosters returned to earth and landed almost simultaneously in an upright position, I was astonished at that engineering achievement. It reminded me of science-fiction movies from the 1950s.

Secondly, working on this month’s Newsfront on solar chemistry (pp. 12–16) reminded me of the thrill of watching bubbles of H2 and O2 form on the electrodes of my basement electrolyzer. Yes, this process is so simple, that even a child can do it — but as a child, I was ignorant about the engineering and economic factors that are necessary to make this process feasible on a large scale.

Nevertheless, these two events — the Falcon Heavy Test Flight and writing about the “big science” projects related to solar chemistry that are going on at government research institutes, universities and industry — bring home important observations I made.

To do some really exciting science requires three things: a vision, educated people and money. In the space race of the 1960s, everything was paid for by the governments involved (ultimately, the tax payers), whereas much of the Falcon Heavy launch was a private venture of a man with a vision — Elon Musk, the CEO of SpaceX and Tesla. In both cases, thousands of talented scientists and engineers were employed.

With regards to the big-science projects mentioned in this month’s Newsfront article, the same three requirements seem to be present: countries (and industrial partners) with the vision to plan for the future; funding necessary to carry out the research and development that is needed; and thousands of talented scientists, materials chemists and engineers, who are being employed in some very exciting projects. Imagine the enthusiasm that is inspiring the next generation of engineers when their school trips take them to Sandia National Laboratories in Albuquerque, or the German Aerospace Center in Cologne to see water being split at temperatures up to 1,400°C using just concentrated sunlight and some minerals (a gross oversimplification).

So, I applaud those governments (and in some cases, at least individual states and cities) that continue to fund industry-academic “big science” projects for conducting basic research that eventually will lead to commercial applications — in this case, producing fuels and chemicals without coal, petroleum or gas. Judging from the progress being made in solar chemistry, Musk’s vision of sending human colonies to Mars may be an option, but not a necessity. 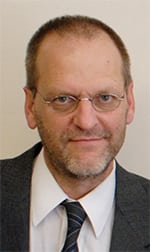