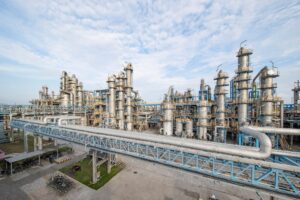 Röhm’s MMA facility in Shanghai will be expanded

Röhm’s branded polymethyl methacrylate (PMMA) is an in-demand raw material in countless growing sectors, such as the automotive, construction and lighting industries as well as for domestic appliances. This is because PLEXIGLAS is especially well-suited for applications where durability, resistance to weather and UV, color fastness, high luminosity and transparency as well as hardness and scratch-resistance are key.

Röhm has been successful in China for many years with its PLEXIGLAS molding compounds. The dynamic economic development of the automotive industry and the lighting industry in Asia is a driver for the expansion of capacity in Shanghai. The expanded molding compounds plant will go into operation in the second quarter of 2023. “In this way, we not only support the growth of our customers, but at the same time seize new market opportunities”, says Benjamin Ling, Asia President. Only a few months ago Röhm inaugurated a new technology center on-site in Shanghai.

Related Content
Johnson Matthey sells portion of its Battery Materials business to EV Metals Group
Johnson Matthey Plc (JM; London) has entered into an agreement for the sale of part of its Battery Materials business…
Yokogawa acquires combustion and boiler specialist Dublix Technology
Yokogawa Electric Corp. (Tokyo) announced that it has acquired all shares of Danish company Dublix Technology ApS, a provider of…
Saint-Gobain to divest glass-processing businesses in Austria and Germany
Saint-Gobain (Courbevoie, France) has entered into agreements for the sale of its glass processing businesses Eckelt Glas and Glas Ziegler…
Wacker to expand silicon-metal plant in Norway
Wacker Chemie AG (Munich, Germany) is preparing to expand its production capacity for silicon metal at Holla, Norway. The Munich-based…
Nano One to acquire Johnson Matthey’s Canadian battery-materials business
Nano One Materials Corp. (Vancouver, B.C., Canada) has entered into a binding agreement to acquire all of the outstanding shares…