As a startup superintendent at ICI Australia in the late 1970s, the author was in charge of starting up a new unit in the olefins plant that produced polymer-grade propylene. The main equipment was a C3 splitter column, which at the time was the biggest tower in Australia. It is still in operation today, and can be seen as one lands at Sydney Kingsford Smith Airport. The auxiliaries were a reboiler heated by waste heat from the olefins quench-water system, a water-cooled condenser, and a reflux drum. Due to the very high cooling load, a new cooling-water system was added to service the new unit alone, mostly the C3 splitter condenser. The cooling tower was some distance away from the unit, and the large cooling-water pipes were mostly underground to avoid the need of a pipe rack. The equipment was installed, and the author was in the process of commissioning and testing the unit, well before hydrocarbons were introduced.

The author started up the cooling-water system. The startup was smooth and uneventful. Everything was fine, water flowed over the cooling tower, the pump was pumping with a discharge pressure close to design. As the process side was not commissioned yet, no heat was exchanged.

The author walked around, closely watching the system when he noticed the cooling-water flowmeter (Figure 1) reading zero. The flowmeter was in a horizontal section of pipe, with ample pipe diameters before and after to give a reliable reading. The dial was actually hitting the stop pin below the zero mark. The author called the plant instrument foreman, who checked the transmitter. 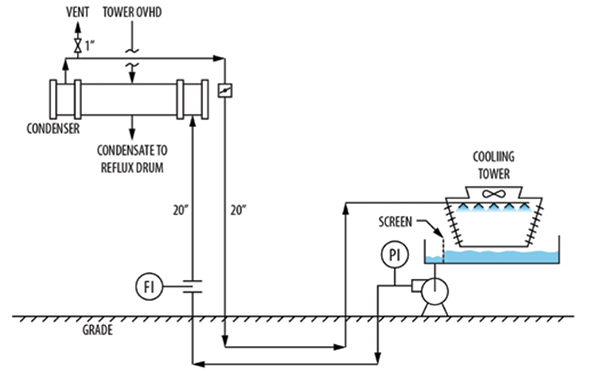 FIGURE 1. This diagram shows the cooling water system for the propylene purification system as planned

This statement was true. Many of the instruments that were supplied were inoperative. I passed the message to Alan, the Engineering instrument engineer.

“Again? Our apologies. Let me look into it.”

A couple of hours later he returned. “I checked the transmitter. There is nothing wrong with it. It works.”

“So why is it reading zero? The pump is pumping flat out, the water flowing, and had the transmitter been any good, it would not read zero.”

“Are you sure your cooling water is not going backwards?” he asked.

I almost choked, then stared right at him.

“Alan, if anybody else came up with this nonsense, I would have thrown him out of this door. But in your case, I have a lot of respect for your expertise, which incidentally, with this kind of comment I am about to lose. But just for old times sake, I will get this nonsense out of your head.”

“Let’s go.” We climbed up the condenser platform. I pointed at the butterfly valve at the condenser outlet. “I will shut the valve and open the 1-in. vent valve (Figure 1). What you will see is a water jet shooting up 30 ft in the air, which will disprove your nonsense idea.”

I shut the butterfly valve, then opened the vent. A water jet shot up 30 ft in the air, just like I expected. As I was getting ready to shut the valve, the jet plunged, and plunged, until it stopped. I shook my head in disbelief.

“This is why the needle was hitting the stop pin. It was reading negative and tried to tell us something,” he said.

I reopened the butterfly valve, then repeated the test. Just in case I was dreaming. The same happened again. It was not a dream.

“I am taking it back, Alan. My respect to your expertise has doubled. This is an amazing catch.”

The author instructed removing the dirt that covered the underground pipes. Sure enough, there was an incorrect pipe connection underground (Figure 2) that was overlooked by the construction inspectors. As a result, the cooling water flowed backwards through the condensers and the meter. Being underground, no one suspected this. Fortunately, this issue was identified before hydrocarbons were introduced. It was the one flowmeter and a top-notch instrument engineer that made all the difference. 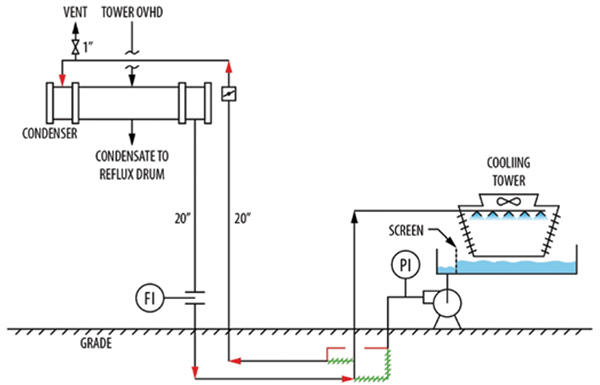 FIGURE 2. This diagram shows the cooling water system in the propylene purification system as installed

The takeaway: A good doctor does not disbelieve an instrument. It may be trying to tell you something. You do not need to trust it, but listen to it. Always thoroughly check out suspicious readings. ■

Henry Z. Kister is a senior fellow and the director of fractionation technology at Fluor Corp. (3 Polaris Way, Aliso Viejo, CA; Phone: 949-349-4679; Email: henrykister@fluor.com). He has over 35 years of experience in design, troubleshooting, revamping, field consulting, control and startup of fractionation processes and equipment. Kister is the author of three books, the distillation equipment chapter in Perry’s Handbook, and over 130 articles, and has taught the IChemE-sponsored “Practical Distillation Technology” course more than 530 times in 26 countries. A recipient of several awards, Kister obtained his B.E. and M.E. degrees from the University of New South Wales in Australia. He is a member of the NAE, a Fellow of IChemE and AIChE, and serves on the FRI Technical Advisory and Design Practices Committees.

Related Content
Gas Trapping Can Unsettle Distillation Columns
Operational troubleshooting guidance is provided for several scenarios involving trapped non-condensable gases in distillation towers Non-condensable gases are often present…
Sieve Tray Stability Factor Based on Efficiency Data
Using a vast collection of experimental distillation-column data, sieve tray stability, and its influence on efficiency, are explored in terms…
Sulzer to provide distillation column technologies for Dangote refinery
Sulzer Chemtech (Winterthur, Swirzerland) has been selected as the sole supplier of column internals, packings and trays for the Dangote…
Controlling Reboilers Heated by Condensing Steam or Vapor
Methods for controlling reboilers in distillation towers are central to good reboiler operation and tower stability. Control valves can be…
Facts at your Fingertips: Distillation Trays and Packing
Industrial distillation columns use either trays or packing to promote vapor-liquid contact in separating the components of liquid mixtures to…