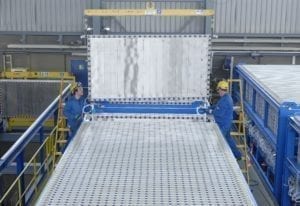 Green hydrogen is gaining in importance worldwide as an energy carrier and CO2-free feedstock for the chemical industry. As a result, demand is rising for industrial electrolysis plants that can produce green hydrogen cost-efficiently. Thyssenkrupp Industrial Solutions AG (Essen, Germany) has significantly expanded its manufacturing capacities for such electrolysis plants and can now, per year, produce electrolysis cells with a total power consumption of up to 1 GW, together with its strategic supplier and joint venture partner De Nora S.p.A. (Milan, Italy). These production capacities will be extended continuously in the future.

“Many countries around the world are currently planning to enter the hydrogen economy. Water electrolysis is increasingly emerging as a key technology for building a sustainable, flexible energy system and carbon-free industry. This opens up new markets for us,” says Sami Pelkonen, CEO of thyssenkrupp’s Chemical & Process Technologies business unit.

Green hydrogen, produced by electrolysis using renewable electricity, is essential for a successful energy transition and for meeting international climate targets. Hydrogen is not only a clean energy carrier and fuel; it is also a CO2-neutral feedstock for the production of green chemicals. As a specialist in the engineering and construction of chemical plants, thyssenkrupp can already realize entire value chains, from the large-scale production of hydrogen to the subsequent manufacture of sustainable base chemicals such as ammonia and methanol. In corresponding industrial processes this makes it possible to dispense with fossil raw materials and reduce CO2 emissions directly at source.

“Especially in energy- and resource-intensive industries such as fuel, chemical or steel production, only green hydrogen opens the way to climate neutrality. For this, we need water electrolysis on a gigawatt scale. We can deliver, and as the number and size of hydrogen projects increases we will further expand our production capacities,” says Christoph Noeres, head of Energy Storage & Hydrogen. “But one thing is also clear: it won’t work without changed regulatory conditions and fair market opportunities for green hydrogen. In addition to the further expansion of renewable energies, the focus is on adjusting tax systems and crediting the CO2-reducing effect of green hydrogen in the target markets.”

To simplify the construction of new hydrogen plants and keep costs down, thyssenkrupp offers its electrolyzers in prefabricated skid-mounted modules. One module produces 4,000 Nm3/h of hydrogen. The units are easy to transport and install and can be combined to realize projects of several hundred megawatts or gigawatts. Due to their high reaction speed, the plants can be operated flexibly; for the production of green hydrogen for industrial power-to-x applications as well as for grid stabilization.

The patented design of the electrolysis cells, equipped with proprietary anodic and cathodic coatings developed by De Nora, allows high system efficiencies of up to 80%. It is based on leading electrolysis technologies from thyssenkrupp. So far, more than 600 projects and electrochemical plants worldwide with a total rating of over 10 GW have been realized by the company. 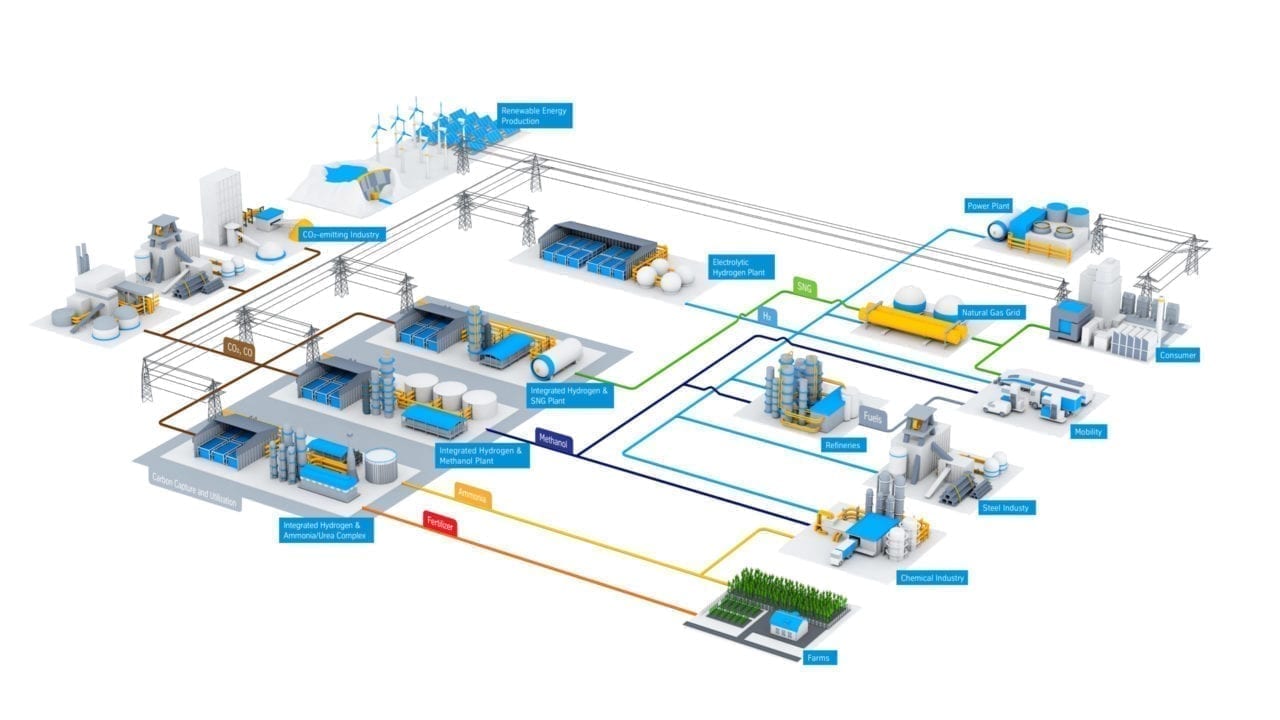 Sasol and Sonatrach announce project to produce hydrogen and low-carbon syngas in Italy
Sasol Italy and Sonatrach Raffineria Italiana have announced the "Hybla Project," which is an ambitious initiative that aims to build…
Tata Chemicals Europe signs low-carbon hydrogen offtake agreement
Tata Chemicals Europe (TCE) and Vertex Hydrogen have signed a ‘Heads of Terms’ offtake agreement for over 200 megawatts of…
Cepsa, partners to develop 200-MW electrolysis plant at Andalusian Green Hydrogen Valley
Cepsa  (Madrid, Spain), Enagás Renovable, one of the largest European developers of renewable gas projects, and Alter Enersun, a company…
BP evaluating the establishment of a hydrogen hub in Germany
Bp plc (London) will evaluate the feasibility of building a new hydrogen hub in Germany. The project, which would be…
John Cockerill enters agreement to build electrolyzer factory in Morocco
John Cockerill (Seraing, Belgium), a specialist in alkaline electrolyzers, and a leading Moroccan energy company have reached an agreement to…